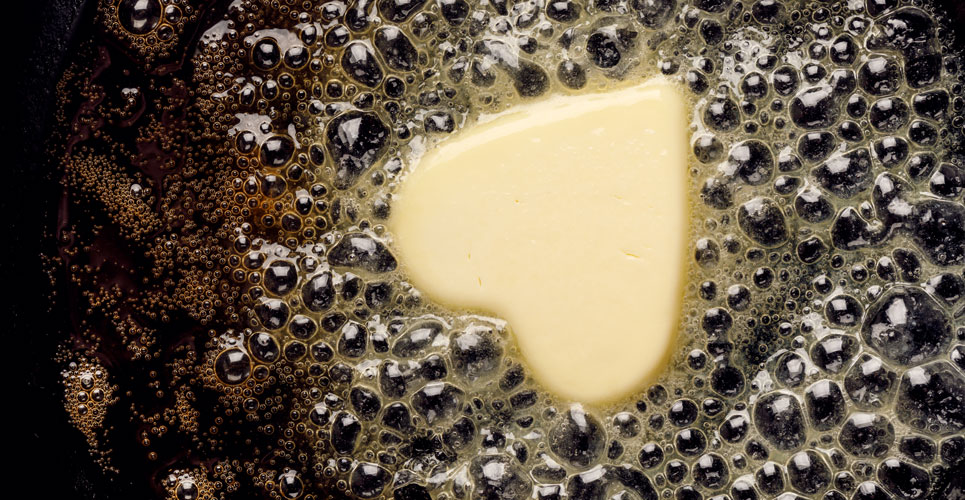 View: Saturated fat: Back on the menu?

The diet–heart hypothesis developed during the 1950s, suggested that greater consumption of fat raised cholesterol levels and led to the development of CHD.

The recommendation to reduce consumption of fat, particularly saturated fat was subsequently adopted by the select committee on nutrition and human needs1 and incorporated into international nutritional guidelines. Fast forward to 2017 and the American Heart Association in an advisory paper, concluded that “lowering intake of saturated fat and replacing it with unsaturated fat, especially polyunsaturated fats, will lower the incidence of CVD”.2 In the UK, advice from the NHS suggests that eating “too much saturated fats … will raise “bad” LDL cholesterol in your blood”.3

While now a cornerstone of dietary advice as a means to minimise the risk of developing CHD, closer inspection of the literature on the relationship between saturated fat and heart disease reveals that there is little objective evidence to support this premise. So, is it time to stop vilifying saturated fat and dispense with years of dietary dogma which has created a fear of fats and advocated that we embrace “low fat” foods?

Saturated fat and heart disease
The relationship between intake of saturated fats and heart disease has been extensively explored in studies including more than 75,000 people and in recent years, reviews have failed to find convincing evidence for its harmful effects. For example, a systematic review and meta-analysis in 2015 which included data from 12 prospective studies concluded that intake of saturated fat is not associated with all-cause mortality, cardiovascular disease, coronary heart disease, ischaemic stroke or type 2 diabetes.4 However, cohort studies lack vigour and more robust evidence from randomised trials is required to more clearly define this relationship. In the late 1960s, the Minnesota coronary experiment (MCE), a randomised trial in over 9000 people, was designed to test whether replacement of saturated fat with vegetable oil rich in linoleic acid reduced heart disease.

The study was conducted within state mental health hospitals and a nursing home to allow for a tight control of diet. Over a period of 4.5 years, researchers compared two diets containing either 18% saturated fat (the control diet) and 9% (the intervention diet). When reported, the authors found no difference in cardiovascular events, cardiovascular deaths or even total mortality.5 The study was not published until 1989 but in 2015, researchers uncovered further and unreported data from the MCE study and re-analysed the data. They concluded that while reducing saturated fat did reduce serum cholesterol by up to 13%, this was not associated with any benefit in terms of either myocardial infarction or mortality.6

Further evidence that saturated fats have no real effect on CHD comes from a 2020 Cochrane systematic review. This found that reducing saturated fat had little or no effect on cardiovascular mortality, all-cause mortality, non-fatal myocardial infarction or CHD mortality.7 In contrast to the recent reviews, earlier analyses have reported beneficial effects in terms of CHD events from replacing saturated fat with polyunsaturated fatty acids.8

Other recent data even suggests that a higher intake of carbohydrate (as recommended in dietary guidelines) increases the risk of heart disease. In the prospective urban rural epidemiological (PURE) study which included 125,287 participants from 18 countries who were followed for 10 years, it was found that replacing saturated fat with carbohydrate had an adverse effect on blood lipids. As the authors concluded “high carbohydrate intake has the most adverse impact on cardiovascular disease risk factors, whereas monounsaturated fatty acids seem to be beneficial and saturated fatty acids are not harmful”.9 In a further analysis of total mortality and major cardiovascular events, the same group reported that “higher saturated fat intake was associated with a lower risk of stroke”.10

In summary, although saturated fats have been demonised over the years with a cultural shift towards eating low fat foods, this does not mean that saturated fat is without harm. In a recent study of 195,658 participants followed for 10 years, it was found that saturated fat intake was significantly associated with all-cause mortality but only where it represented 20% or more of total calorie intake.14 An unintended consequence of the shift to low fat foods, has been the recommendation to limit many foods including dairy products, eggs, unprocessed meats, all of which have been shown to reduce the risk of CHD.15 Individuals should therefore not seek to avoid eating these healthy foods simply because of a fear that they contain saturated fat.