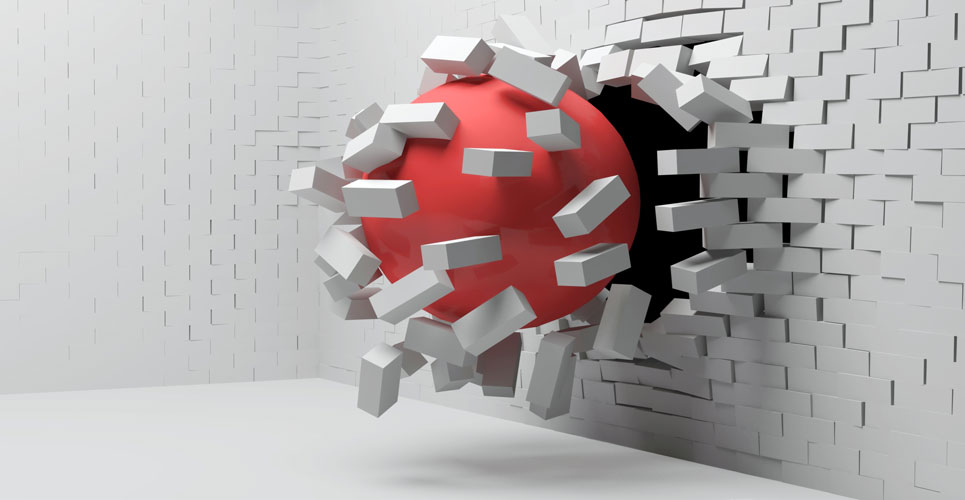 Taking a stand against gastric disease

Originally initiated by the HIS, the day aimed to raise awareness of the global burden of gastric diseases and the need for further research in the field as well as improved prevention and treatment strategies.

Gastric diseases
Gastric diseases range in prevalence and severity, from common short-term occurrences of dyspepsia (indigestion), to more harmful and severe chronic disorders. These include a variety of widespread functional disorders such as irritable bowel syndrome (IBS), which can have a devastating and life-altering impact on the lives of sufferers. Gastric diseases also affect society as a whole, placing significant pressures on over-burdened healthcare systems. IBS, which currently affects 1 in 10 people globally, is estimated to cost €3.2 billion per year in Germany alone.

Gastric cancer
As one of the most life-threatening forms of gastric disease, gastric cancer is estimated to be the fifth most frequently diagnosed cancer and third most common cause of cancer-related death in the world. In 2018, there were 80,000 new diagnoses of stomach cancer and nearly 60,000 attributable deaths in Europe. Due to the generalised nature of the symptoms, gastric cancer is often only detected at a later stage, leading to comparatively lower survival rates than many other cancers.

Despite the general decline in gastric cancer cases globally, recent studies have uncovered a concerning link between patients with chronic autoimmune gastritis (AIG) and the development of gastric cancer. In two studies carried in the USA and Sweden, results showed that individuals with AIG had a three-fold increased risk of developing stomach carcinoid tumours and adenocarcinomas. Like other autoimmune diseases, AIG predominately affects females (3:1 ratio), potentially providing a link between AIG and the increasing incidence of gastric adenocarcinoma among young white females in the USA. The recent detection of gastric cancer amongst younger sectors of the population may indicate that declining levels of gastric cancer could reverse in the future.

Identifying and treating gastric cancer at an early stage can dramatically increase survival rates and treatment options. The 5-year survival rate for gastric cancer is currently 31% reflecting the often late-diagnosis of the condition. In comparison, the 5-year survival rate for gastric cancer more than doubles (68%) if the cancer is detected before spreading outside the stomach. Earlier detection of gastric cancer can also lead to a reduced need for aggressive treatment options and invasive surgery. Although not a certainty, precancerous lesions can be an indicator of future cancer progression and should be followed carefully. Recognising precancerous lesions in patients and subsequently monitoring them is an essential measure in reducing the incidence of and mortality rates associated with gastric cancer. The recent publication ‘Management of epithelial precancerous conditions and lesions in the stomach (MAPSII)’ clearly characterises the various lesions and management methods, encouraging a standardisation of treatment strategies across Europe for precancerous conditions and lesions in the stomach.

Recent advances in endoscopic imaging
Decreasing global mortality relies primarily on the early detection and accurate diagnosis of gastric cancer through endoscopy. Over the last few decades, there have been a number of critical technological advancements in endoscopic imaging, improving mucosal visualisation and diagnosis. High definition endoscopy with chromoendoscopy (CE) is currently one of the most effective diagnostic methods for identifying gastric adenocarcinoma, potentially allowing for the visualisation of gastric atrophy and intestinal metaplasia (IM). Despite these advances, continual improvements in endoscopic imaging are still necessary to significantly improve the prognosis of gastric cancer.

Important strides are continually being made in the treatment of H. pylori infection. Quadruple therapy is becoming increasingly common in areas with growing levels of resistance to standard triple therapy and impressive eradication rates and being achieved. More recently, vonoprazan, a potassium-competitive acid blocker has been explored as a novel treatment strategy. A large Japanese study comparing vonoprazan to proton-pump inhibitors (PPIs) demonstrated a higher eradication rate with vonoprazan. Noticeably, the eradication rates of vonoprazan combined with amoxicillin and clarithromycin in clarithromycin-resistant patients was over 80%. With a general rise in antibiotic resistance rates globally, evolving treatment options are necessary to combat H. pylori infections and associated gastric conditions.

Taking a stand against stomach diseases
Despite major advancements in the field, gastric diseases remain prominent across the globe. Concerning evidence has also suggested that a variety of gastric diseases may be increasing amongst the younger population. With the pathogenesis of many gastric conditions still being debated, further research is urgently required to improve patient outcomes and reduce the societal impact caused by these often burdensome and disruptive diseases.