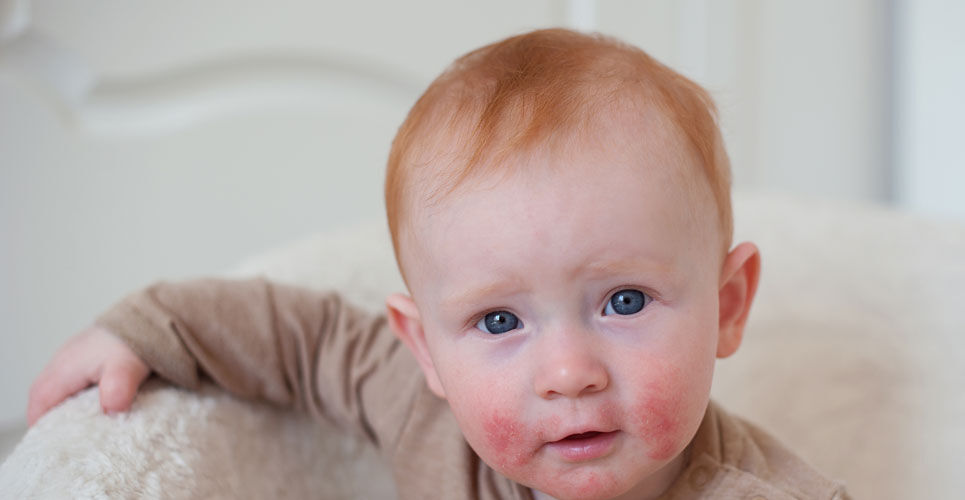 by Rod Tucker
Published on 2 August 2022

According to a meta-analysis, dietary elimination has a small but unimportant effect on the disease severity of atopic eczema in children

Dietary elimination leads to only a slight and potentially unimprovement change in disease severity in children with atopic eczema according to the findings of a meta-analysis by an international group of researchers.

Atopic eczema (or dermatitis) is the most common chronic inflammatory skin disease, with a lifetime prevalence of up to 20% and with substantial effects on quality of life. Atopic eczema gives rise to pruritus which can affect sleep quality such that disturbances of sleep among those with eczema are both very common and a major factor leading to an impairment in quality of life. While there are many recognised triggers for atopic eczema, such as the use of soaps and detergents, there is a huge perception among parents that diet plays an important role in exacerbating atopic eczema. In fact, in one study of the parents of children with eczema, it was found that 64% avoided fish or seafood, beef (42%), eggs (34%) and cow’s milk (18%). Nevertheless, the evidence that dietary elimination can improve disease severity in children with atopic eczema is unclear. In a 2006 Cochrane review, the authors concluded that there was little evidence to support the use of various exclusion diets in unselected people with atopic eczema. As the Cochrane review was largely inconclusive, for the present study, researchers undertook a systematic review and meta-analysis to determine the benefits of dietary elimination in the management of atopic eczema. They looked for randomised trials and observations studies in which a comparison was made between a dietary exclusion compared to no exclusion. They used SCORAD to assess eczema severity and which ranges from 0 – 25 (mild disease), moderate (26 – 50) and severe 51. For the outcomes of interest which included changes in SCORAD, pruritus and sleep changes, the authors calculated a pooled standardised mean difference (SMD) to examine the impact of a dietary elimination.

A total of 17 published articles reporting on 10 RCTs with 599 patients were included. Across all studies, the mean number of patients was 60 and the median age of those included was 1.5 years (44% female) and the median SCORAD was 20.7.

The authors concluded that their analysis suggested that dietary elimination may slightly but unimportantly, improve eczema severity, itching (pruritus) and sleeplessness although this conclusion was of low certainty. However, they added that any benefits achieved through eliminating foods should be balanced against possible nutritional deficiencies from avoiding particular foods.