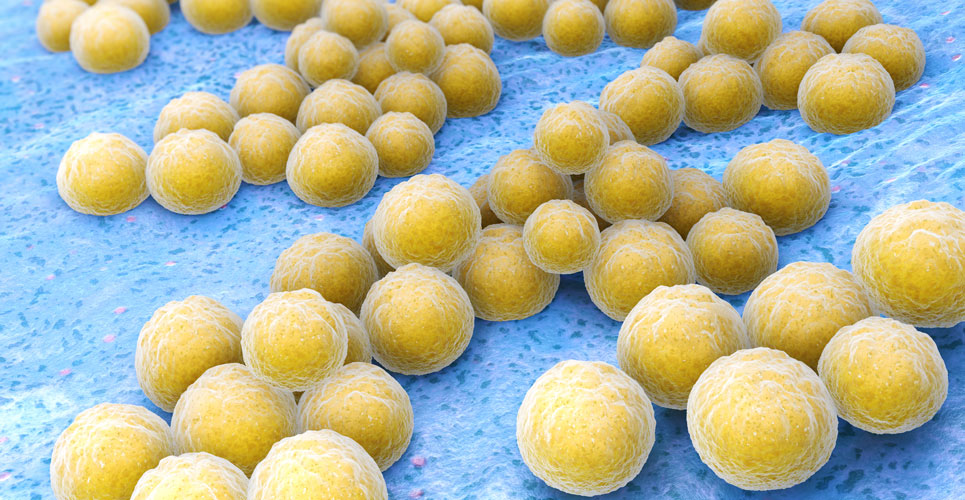 Atopic eczema is a chronic skin condition affecting up to 20% of children and as much as 10% of adults and characterised by defective epidermal barrier and skin inflammation.

Although the cause of atopic eczema remains unclear, the bacterium, Staphylococcus aureus (S. aureus), which is present on the surface of the skin, is known to produce antigens which can trigger inflammation and an eczema flare. What remains a mystery, is exactly how S. aureus stimulates an inflammatory response.

A team from Manchester University, UK has discovered how a protein produced by S. aureus initiates the inflammatory cascade and could hypothetically become a therapeutic target in the future. The team used human cultured keratinocyte (skin) cells, human skin explants and an eczema mouse model, to generate a S. aureus-induced eczema flare and sought to determine the component(s), responsible and how these triggered an inflammatory response.

Findings
The results showed that the S. aureus-induced response was achieved through activation of the cytokine, interleukin-33 (IL-33). This was confirmed by further experiments which showed how blocking of IL-33 prevented the disease flare. Furthermore, purification of the S. aureus extract, led to the discovery that a single immunoglobulin-binding protein (Sbi), appeared to be responsible for triggering the production of IL-33 and that removal of Sbi abrogated the inflammatory response. It also seemed that disruption of the skin barrier by S. aureus was caused by degradation of corneodesmosin, a protein responsible maintaining skin barrier integrity. Once corneodesmosin was broken down, this allowed entry of S. aureus and induction of the inflammatory response. Support for their findings comes from a recent Phase II clinical study that demonstrated the effectiveness in suppressing eczema of an anti-IL-33 monoclonal antibody.

Summarising their findings, the authors noted that having identified that Sbi was responsible for triggering the inflammation, the next steps were to determine its mechanism of action.