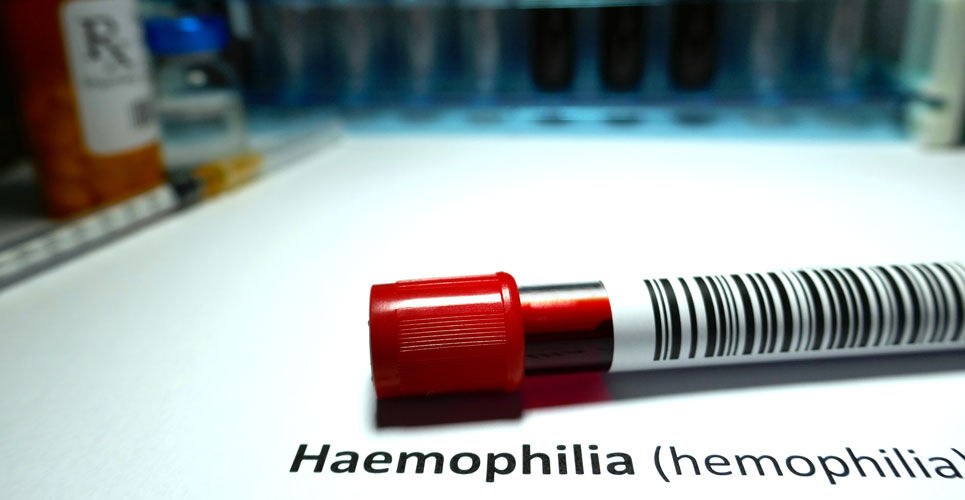 The use of gene therapy with FLT180a in patients with haemophilia B resulted in elevation of factor IX levels to within the normal range according to the interim findings of a small, phase 2 trial by UK and US researchers.

Haemophilia is an inherited bleeding disorder in which the blood fails to clot properly and which can lead to spontaneous bleeding in addition to the bleeding caused by either injury or surgery. There are two forms of haemophilia A and B, both of which occur as a result of deficiency or dysfunction of blood clotting factors. For instance, haemophilia A is due to factor VIII and haemophilia B due to factor IX. Since the genes for these two factors are located on the X chromosome, haemophilia occurs primarily in males, but it can also affect females who carry the genetic defect. The prevalence of haemophilia (per 100,000 males) has been estimated to be 17.1 cases for all severities of haemophilia A, 3.8 cases for all severities of haemophilia B and 1.1 cases for severe haemophilia B. Current treatment for haemophilia B involves intravenous infusions of factor IX as either regularly, i.e., prophylactic therapy, or ‘on demand’ and while the latter is highly effective at stopping bleeding, it cannot fully reverse the long-term damage that follows after a bleed. In recent years, studies have suggested that gene therapy with FLT180a has the the potential to deliver a durable, functional cure for haemophilia B.

FLT180a represents an adeno-associated virus gene therapy that carries the factor IX gene and enters liver cells to produce the factor IX protein. For the present study, researchers described the efficacy and safety of FLT180a in patients with severe haemophilia B, defined as factor IX levels < 1% of the normal range (50 to 150 IU/dL) and administered four different doses. In addition, all patients received glucocorticoids with or without tacrolimus to reduce the risk of a vector-related immune response. The researchers set two primary endpoints as safety (based on adverse events) and efficacy, assessed in terms of the level of factor IX induced by FLT180a after 26 weeks. Secondary endpoints included the change in annualised bleeding rates and consumption of factor IX concentrate.

A total of 10 male patients were administered a single dose of gene therapy and completed the 26 week trial and were then enrolled in a long-term follow-up. The study provides an individual assessment of each patient and after a median of 27.2 months, sustained factor IX levels were observed in 9 patients, with one resuming factor IX prophylaxis. Overall, 5 patients had normal factor IX levels (ranging from 51 to 78%), three had levels ranging from 23 to 43% and one had a level of 260%.

In terms of safety, none of the patients withdrew because of toxic effects and 10% of all adverse events were deemed to be related to FLT180a although all patients had at least one adverse event related to immunosuppressant therapy.

Among all patients, the mean annualised bleeding rate at baseline was 2.93 events/year which reduced to 0.71 after gene therapy. In addition, the annualised factor IX consumption per patient also decreased from 226,026 IU/year to to a mean of 9723 IU/year after treatment.

The authors concluded that normal factor IX levels can be achieved after the use of FLT180a gene therapy in patients with severe or moderately severe haemophilia B.