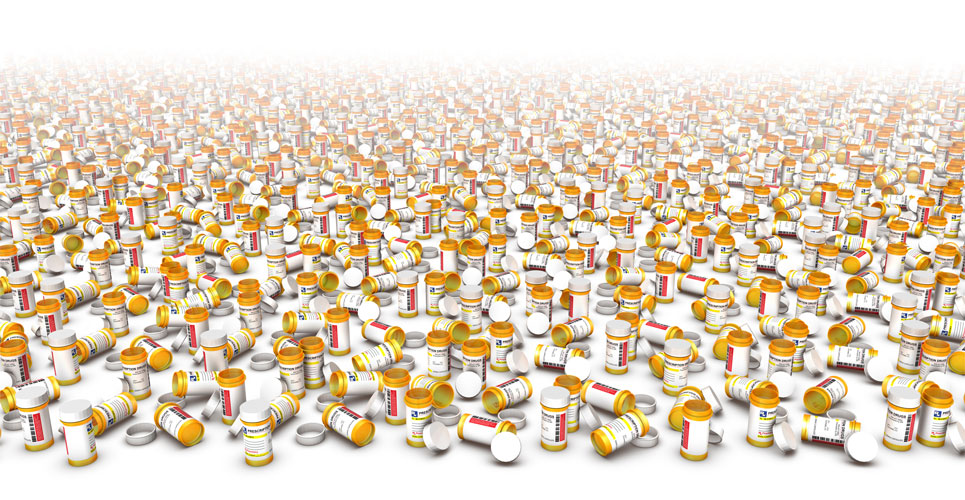 Rates of opiate prescribing have been levelling off in the US but there has been an increase in the combined prescription of opiates and benzodiazepines.

While long-term benzodiazepine use alone is associated with an increased mortality risk, whether this risk is heightened when combined with opiates remains unclear.

Benzodiazepines are generally prescribed to manage common problems including insomnia and anxiety. When used alone, benzodiazepines increase the risk of falls, cognitive impairment and there is also a life-threatening risk from withdrawal. There is some evidence to suggest that benzodiazepine use alone increases mortality and that co-prescription with opiates is potentially lethal but the data is inconsistent.

As a result, a team from the Health and Behaviour Research Centre, Department of Psychiatry, Washington University, US, turned to data available in the National Health and Nutrition Surveys (NHANES) to examine the association between benzodiazepine use, either alone or in combination with opiates and mortality.

Using the NHANES data set collected between 1999 and 2104, researchers obtained a nationally representative sample of approximately 5000 participants for whom mortality data was available through to 2015. Eligible patients were 20 years and older and data on prescription use was also obtained from NHANES as were potential covariates for the analysis including other medical and psychiatric conditions which may have been associated with an increased risk of mortality. In addition, a cohort of patients prescribed selective serotonin re-uptake inhibitors (SSRIs) were included as a control group.

Findings
The sample contained 5212 participants (38.2% male) with a mean age of 54.8 years of whom, 468 (9%) were prescribed both benzodiazepines and opiates, 1256 (24.1%) benzodiazepines alone and 1955 (37.5%) opiates alone. In addition, 1533 were prescribed neither benzodiazepines or opiates but SSRIs. After a median follow-up of 6.7 years, there were 101 deaths in those receiving co-treatment, 236 among benzodiazepine only and 227 deaths among SSRI users. After adjustment for covariates, there was a significant increased risk of death for co-treated individuals (hazard ratio, HR = 2.04, 95% CI 1.65 – 2.52) and although smaller, a significant risk for those using benzodiazepines alone (HR = 1.60, 95% CI 1.33 – 1.92). Interestingly, the researchers observed a significant increased death risk for co-treatment only among those aged under 65 years of age (HR = 3.27, 95% CI 2.40 – 4.47) and among those taking benzodiazepines alone (HR = 1.81). They concluded that co-treatment is associated with a 2-fold increased risk of mortality and called for a concerted effort among physicians and policy-makers to reduce prescribing of the medications and to identify those at an increased mortality risk.

Citation
Xu KY et al. Association Between Benzodiazepine Use With or Without Opioid Use and All-Cause Mortality in the United States, 1999-2015. JAMA Netw Open doi:10.1001/jamanetworkopen.2020.28557