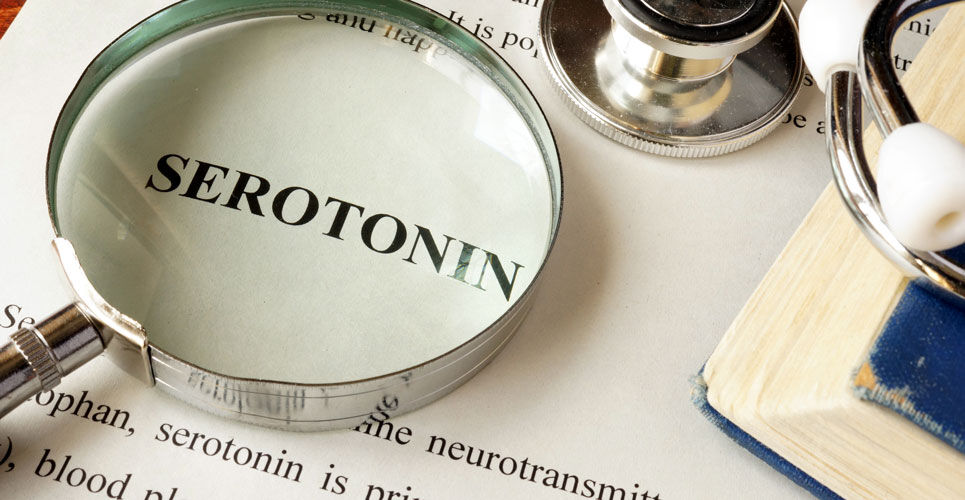 Share this story:
RELATED ARTICLES
The role of pharmacy in optimising physical health in individuals with severe mental illness
Eszopiclone and lemborexant show favourable profile for management of insomnia
Cannabis use not linked to increased respiratory-related hospital visits
Meta-analysis suggests omega-3 supplements not effective for depression in cardiometabolic disease
Bipolar disorder associated with increased risk of osteoporosis but reduced by lithium therapy

Is it time to abandon the serotonin theory of depression?

The serotonin theory (ST) of depression should no longer be promoted and lacks credible supportive evidence according to the findings of an umbrella review by an international group based at the Division of Psychiatry, University College London, London, UK.

Drugs such as he selective serotonin re-uptake inhibitors (SSRIs) are a class of antidepressants which include fluoxetine, citalopram and sertraline. The purported mode of action of SSRIs an inhibition of the re-uptake of serotonin, thereby increasing levels and activity of the neurotransmitter. In other words, depression can be explained with reference to the ST, i.e., it occurs when there are low levels of the transmitter though this premise has been challenged in recent years. Nevertheless, the concept of a chemical imbalance as an underlying cause of depression is a widespread belief among the general public and also, it seems among healthcare professionals. In a survey of 66 UK general practitioners, 23% strongly agreed and 54% agreed that depression is caused by a chemical imbalance. Despite belief in the ST of depression, to date, no comprehensive review has synthetised the available evidence to either confirm or refute this theory.

For the present umbrella review, researchers examined the available literature and tried to establish if there was credible support for the ST. In doing so, they focused on several specific areas that might support the theory. They examined whether there were lower levels of both serotonin and 5-hydroxyindoleacetic acid (5-HIAA), its active metabolite, in body fluids among those with depression. Secondly, if there were alterations in the level of serotonin receptors. Thirdly, if levels of serotonin transporter (SERT) protein, which remove the transmitter from the synapse, were elevated in depression. Fourthly, whether tryptophan depletion (which also lowers serotonin levels) could induce depression and finally, the researchers looked at if there were elevated levels of the SERT gene in depressed patients.

The researchers identified a total of 17 eligible studies for inclusion in their umbrella review.

Two meta-analyses with a total of 19 studies failed to provide evidence of an association between 5-HIAA levels and depression.

The team then turned their attention to levels of the 5-HT1A receptor, an auto-receptor that inhibits the release of serotonin pre-synaptically. If depression is due to lowered levels of serotonin, the activity of this receptor should be enhanced although again, there was no evidence of a difference between depressed and control patients.

The SERT protein transports serotonin out of the synapse hence lowering levels. Again, if SERT played a role in depression, it was likely that the activity of the protein would be elevated in those with depression. There was no evidence to support this though interestingly, animal studies suggested that antidepressants actually reduced SERT.

Studies of tryptophan depletion (which in turn lowers serotonin) with healthy volunteers showed no effect on mood, again, indicating that this was unlikely to be a causal factor in the ST.

Based on their findings, the authors concluded that it is time to acknowledge that the serotonin theory of depression is not empirically substantiated.