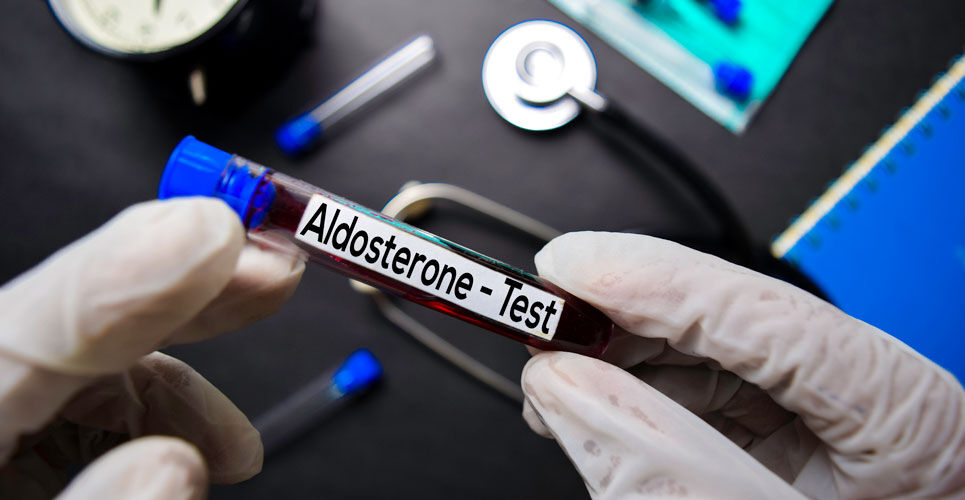 Higher serum aldosterone levels in patients with chronic kidney disease (CKD) are independently associated with an increased risk of disease progression irrespective of diabetic status. This was the main conclusion of an analysis of data from the Chronic Renal Insufficiency Cohort by US researchers.

Aldosterone is a steroid hormone produced by the adrenal glands and which is known to play a role in the development of hypertension and kidney disease. Elevated levels of aldosterone (primary aldosteronism) are known to be factor in the development of hypertension but whilst high in patients with hypertension, it is often unrecognised. However, the extent to which aldosterone levels impact on the subsequent risk of progression in patients with CKD is uncertain and was the subject of the present retrospective analysis by the US team.

The researchers used data collected as part of the Chronic Renal insufficiency Cohort (CRIC) study which was designed to investigate risk factors for mortality and worsening of disease in patients with CKD. They included participants with an estimated glomerular filtration rate (eGFR) of between 20 and 70 ml/min/1.73 m2 and for whom aldosterone levels had been recorded and levels were divided into quartiles The researchers also collected demographic and co-morbidity data which was adjusted for in regression analysis. The primary outcome of interest was CKD progression and defined as the composite of a 50% decline in eGFR or incident end-stage kidney disease (ESKD), whichever came first.

After a median follow-up of 9.6 years, 1412 individuals developed CKD disease progression and 1129 developed ESKD. In fully adjusted models, those with the highest quartile serum aldosterone level had a 45% higher risk of CKD progression compared to those in the lowest quartile (hazard ratio, HR = 1.45, 95% CI 1.22 – 1.73). Using aldosterone levels as a continuous variable in the models, indicated that there was an 11% higher risk of CKD progression (HR = 1.11, 95% CI 1.04 – 1.18). Furthermore, those with the highest aldosterone serum levels also had a 46% increased risk of developing ESKD (HR = 1.46). While there was also a 22% increased risk of all-cause mortality for individuals in the highest versus the lowest aldosterone levels, this became non-significant when levels were considered as a continuous variable (HR = 1.05, 95% CI 0.99 – 1.12). There was also no relationship between the adverse outcomes from higher levels of aldosterone and diabetes status.

The authors concluded by suggesting that aldosteronism may play a role in CKD progression.