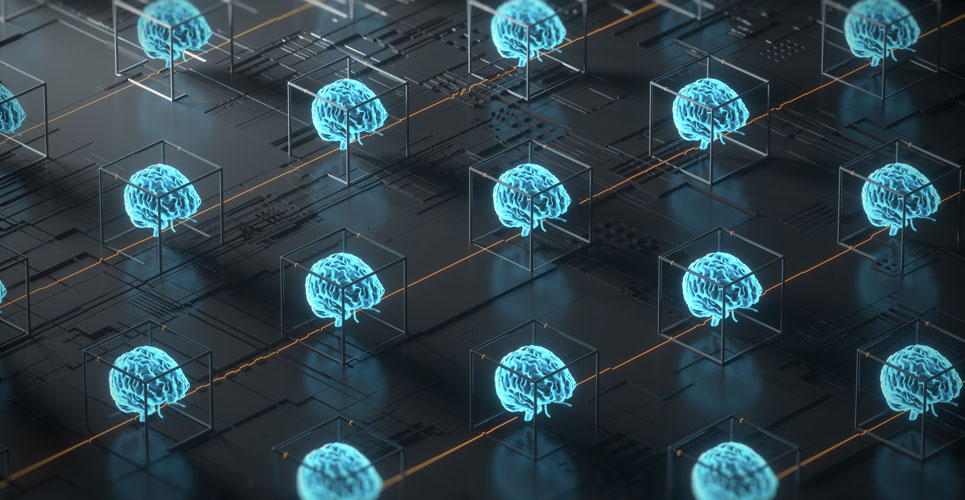 Scientists have used artificial intelligence to recognise patterns in breast cancer – and uncovered five new types of the disease each matched to different personalised treatments.

Their study applied AI and machine learning to gene sequences and molecular data from breast tumours, to reveal crucial differences among cancers that had previously been lumped into one type.

The new study, led by a team at The Institute of Cancer Research, London, found that two of the types were more likely to respond to immunotherapy than others, while one was more likely to relapse on tamoxifen.

The researchers are now developing tests for these types of breast cancer that will be used to select patients for different drugs in clinical trials, with the aim of making personalised therapy a standard part of treatment.

The researchers previously used AI in the same way to uncover five different types of bowel cancer and oncologists are now evaluating their application in clinical trials.

The aim is to apply the AI algorithm to many types of cancer – and to provide information for each about their sensitivity to treatment, likely paths of evolution and how to combat drug resistance.

The research, published in the journal NPJ Breast Cancer, could not only help select treatments for women with breast cancer but also identify new drug targets.

The Institute of Cancer Research (ICR) – a charity and research institute – funded the study itself from its own charitable donations.

The majority of breast cancers develop in the inner cells that line the mammary ducts and are ‘fed’ by the hormones oestrogen or progesterone. These are classed as ‘luminal A’ tumours and often have the best cure rates.

However, patients within these groups respond very differently to standard-of-care treatments, such as tamoxifen, or new treatments – needed if patients relapse – such as immunotherapy.

The researchers applied the AI-trained computer software to a vast array of data available on the genetics, molecular and cellular make-up of primary luminal A breast tumours, along with data on patient survival.

Once trained, the AI was able to identify five different types of disease with particular patterns of response to treatment.

Women with a cancer type labelled ‘inflammatory’ had immune cells present in their tumours and high levels of PD-L1 – suggesting they were likely to respond to immunotherapies.

Another group of patients had ‘triple negative’ tumours – which don’t respond to standard hormone treatments – but various indicators suggesting they might also respond to immunotherapy.

Patients with tumours that contained a specific change in chromosome 8 had worse survival than other groups when treated with tamoxifen and tended to relapse much earlier – after an average of 42 months compared to 83 months in patients who had a different tumour type that contained lots of stem cells. These patients may benefit from an additional or new treatment to delay or prevent late relapse.

The markers identified in this new study do not challenge the overall classification of breast cancer – but they do find additional differences within the current sub-divisions of the disease, with important implications for treatment.

The use of AI to understand cancer’s complexity and evolution is one of the central strategies the ICR is pursuing as part of a pioneering research programme to combat the ability of cancers to adapt and become drug resistant. The ICR is raising the final £15 million of a £75 million investment in a new Centre for Cancer Drug Discovery to house a world-first programme of ‘anti-evolution’ therapies.

“We are at the cusp of a revolution in healthcare, as we really get to grips with the possibilities AI and machine learning can open up.

“Our new study has shown that AI is able to recognise patterns in breast cancer that are beyond the limit of the human eye, and to point us to new avenues of treatment among those who have stopped responding to standard hormone therapies. AI has the capacity to be used much more widely, and we think we will be able to apply this technique across all cancers, even opening up new possibilities for treatment in cancers that are currently without successful options.”

Dr Maggie Cheang, a pioneer in identifying different types of breast cancer and Team Leader of the Genomic Analysis Clinical Trials Team at The Institute of Cancer Research, London, said:

“Doctors have used the current classification of breast cancers as a guide for treatment for years, but it is quite crude and patients who seemingly have the same type of the disease often respond very differently to drugs.

“Our study has used AI algorithms to spot patterns within breast cancers that human analysis had up to now missed – and found additional types of the disease that respond in very particular ways to treatment.

“Among the exciting implications of this research is its ability to pick out women who might respond well to immunotherapy, even when the broad classification of their cancer would suggest that these treatments wouldn’t work for them.

“The AI used in our study could also be used to discover new drugs for those most at risk of late relapse, beyond 5 years, which is common in oestrogen-linked breast cancers and can cause considerable anxiety for patients.”