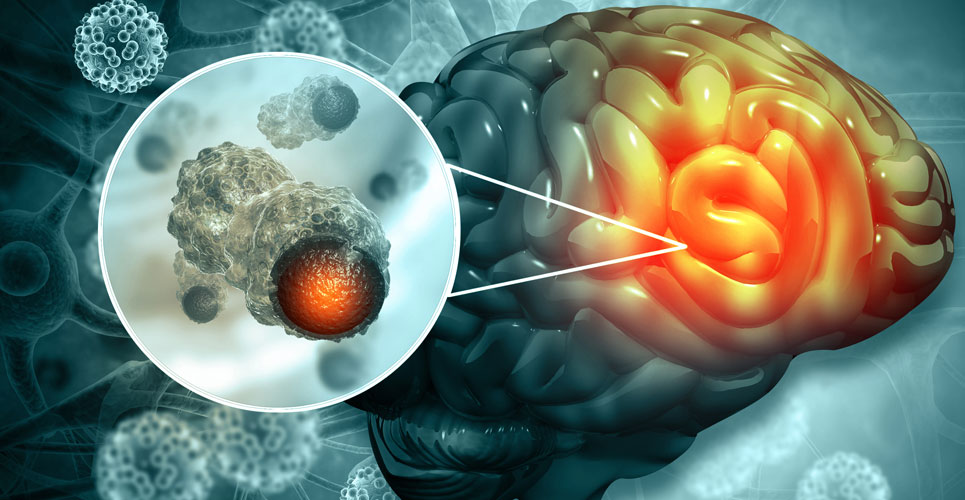 A potential drug combination treatment for an incurable brain tumour in children has come from using an AI enhanced tool.

A diffuse intrinsic pontine glioma (DIPG) is a childhood brain tumour that is highly aggressive and difficult to treat. It is, to all extents, an incurable brain tumour with an incidence of 1 to 2 cases per 100,000 and which occurs mainly between the ages of 6 to 9 years with an estimated median overall survival of 11.2 months. The lack of progress with treatments was highlighted in a 2020 review of trials in DIPG which commented on how there was a consistency of non-significant improvement to prognosis in these trials.

There are several genetic mutations responsible for this incurable brain tumour, one of which occurs in the ACVR1 gene that encodes the serine/threonine kinase, ALK2, and is present in around 21% of DIPG samples. Unfortunately, there are no known treatments for DIPG with this mutation although some data from patient-derived in vitro tumour models suggests that inhibition of ALK2 reduces cell viability. The clinical development of ALK2 inhibitors is therefore a potentially important treatment avenue for drug discovery and development. Nevertheless, the drug discovery process can be enormously time-consuming process although one recent approach which is becoming used more frequently, is big data analytics and in particular, the use of artificial intelligence (AI) systems.

The use of AI for drug discovery essentially seeks to explore whether currently available treatments, can be repurposed and this was the approach taken by a team from the Division of Molecular pathology, Institute of Cancer Research, London, UK, to identify potential drug candidates for ACVR1-mutant DIPG cases. The researchers turned to BenevolentAI which makes use of a knowledge graph that incorporates millions of documents and information on diseases, biological tissues, genes and proteins. Using BenevolentAI, the researchers looked for compounds that were likely to have an inhibitory effect on the ALK2 protein but also one that could penetrate into the central nervous system.

In their search for a treatment for the incurable brain tumour, one likely candidate emerged: vandetanib and which is already approved for symptomatic medullary thyroid cancer in patients with unresectable locally advanced or metastatic disease. However, drug levels of vandetanib in the cerebrospinal fluid have been found to be low and a search for compounds that would enable vandetanib to remain within the brain long enough to induce a therapeutic effect, uncovered everolimus. The researchers found that in vivo studies in mice demonstrated that combining vandetanib with everolimus, which is again approved for several cancers, increased the brain concentration of vandetanib by 56%.

In further animal studies, the combination extended survival by 14 % compared to controls and also significantly reduced tumour burden over the course of a four week treatment. To examine the clinical value in patients, the researchers used both drugs in four children with DIPG due to ACVR1 mutations.

The study lead, Professor Chris Jones, said “DIPG is a rare and aggressive childhood brain cancer, and survival rates have not changed over the past 50 years, so we desperately need to find new treatments for this disease.”

The authors concluded by calling for an early phase clinical trial to determine the utility of this approach for children with this incurable brain tumour.