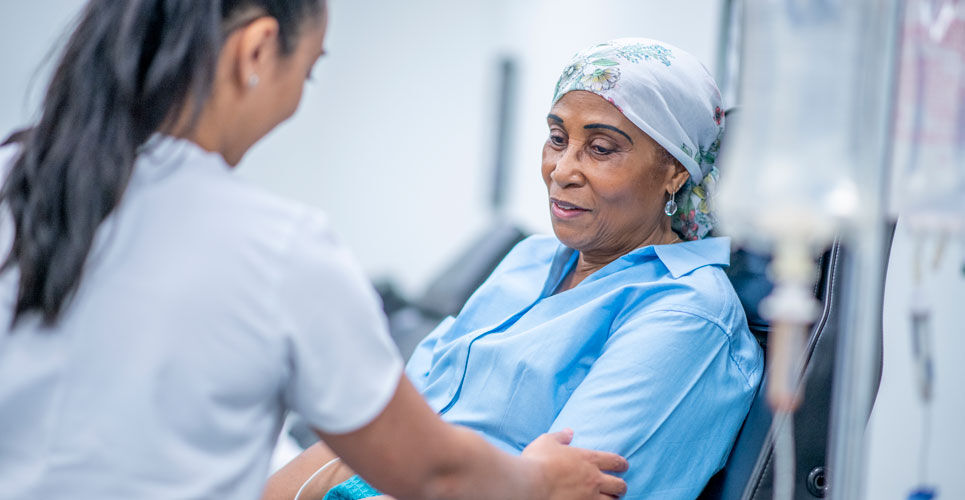 RP2 oncolytic mono-therapy provides an objective response in a small number of patients as well as in combination with nivolumab according to findings presented at the recent European Society for Medical Oncology congress.

RP2 oncolytic therapy involves genetically engineered viruses designed to target and kill cancer cells while sparing normal cells and activating the host immunity to recognise and attack the tumour. The current RP2 therapy makes use of the herpes simplex virus (HSV) which acts as a multifaceted gene therapy vector, carrying genes encoding immunostimulatory molecules in its genome. The oncolytic effect of HSV and the inflammatory response that the virus stimulates provide a one-two punch at attacking tumours. The first oncolytic virus therapy to be approved by the FDA in 2015 was T-VEC for the treatment of patients with metastatic melanoma that cannot be surgically removed. T-VEC was also approved by the EMA in 2016. As well as killing tumour cells, RP2 oncolytic therapy induces production of human granulocyte-macrophage colony-stimulating factor (GM-CSF) which has been shown to promote anti-tumour immunity in mice and humans. It also leads to the production of anti–cytotoxic T lymphocyte antigen 4 (CTLA-4) antibody-like molecule since CTLA-4 indirectly facilitates tumour progression by restraining host anti-tumoral immunity. Consequently, blockage of CTLA-4 function promotes immune-mediated tumour regression.

In the phase 1 open-label trial discussed at the congress, PR2 was used as either mono-therapy and combined with nivolumab in a cohort of 30 patients with nivolumab given at a dose of 240 mg twice weekly for 4 months from the second RP2 dose, then 480 mg every four weeks for 20 months. Patient’s response to treatment were assessed using the modified RECIST v1.1.

All patients involved in the trial had advanced cancers which had failed to respond to, or were not eligible for, standard of care options.

An objective response with RP2 mono-therapy was seen in 3 of 9 patients and which included 1 complete response for longer than 15 months in a patient with mucoepidermoid carcinoma, one partial response for over 18 months in oesophageal cancer with liver metastases and a partial response in uveal melanoma with liver metastases that progressed at 15 months. Objective responses with RP2 and nivolumab were seen in 44.4% of those with cutaneous melanoma, 25% in uveal melanoma and 33% in squamous cell carcinoma of the head and neck.

In a statement on the Institute for Cancer Research site, study leader Professor Kevin Harrington said ‘our study shows that a genetically engineered, cancer-killing virus can deliver a one-two punch against tumours – directly destroying cancer cells from within while also calling in the immune system against them.’ He added that ‘our initial trial findings suggest that a genetically engineered form of the herpes virus could potentially become a new treatment option for some patients with advanced cancers – including those who haven’t responded to other forms of immunotherapy. I am keen to see if we continue to see benefits as we treat increased numbers of patients.’

Citation
827P – An open-label, multicenter, phase I study of RP2 as a single agent and in combination with nivolumab in patients with solid tumors: Safety, efficacy, and biomarker results