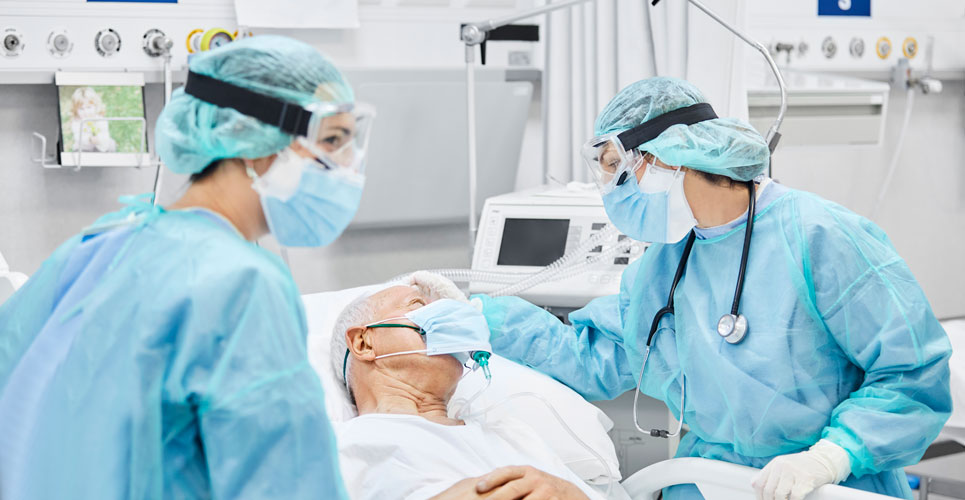 Share this story:
RELATED ARTICLES
Vitamin D supplementation ineffective for prevention of acute respiratory infection or COVID-19
Male hypogonadism appears to be an independent risk factor for hospitalisation in COVID-19
No benefit for COVID-19 inpatients from colchicine or aspirin and rivaroxaban combined
Review suggests incubation time for COVID-19 variants shorter than original
Nirmatrelvir beneficial against Omicron-related hospitalisations and death in patients over 65

Hailed as a breakthrough in the management of COVID-19, it seems that only the most severely ill patients benefit from systemic corticosteroid drugs.

Early in the COVID-19 pandemic it became clear that the virus induced a rise in several important inflammatory markers such as C-reactive protein, interleukin-1 and 6. Consequently, clinicians sought to examine the efficacy of systemic corticosteroids which effectively dampen down this inflammatory response. As a result, several randomised trials have been undertaken among those hospitalised with COVID-19 to provide an estimate of the efficacy of these drugs. For the present meta-analysis, a team from the Department of Internal Medicine, South Illinois University School of Medicine, US, sought to establish the association of systemic corticosteroid therapy compared to usual care or placebo on all-cause mortality in people hospitalised with COVID-19 up to January 2021. The team calculated odds ratios to compare for each of the trials, how corticosteroids impacted on mortality among those who were critically ill, i.e., admitted to intensive care units or receiving invasive mechanical ventilation, compared to non-critically ill patients and those receiving either placebo or standard care. The primary outcome of interest was all-cause mortality up to 30 days after randomisation and included studies with a shorter timeframe where 30-day mortality was not available.

Findings
In total, 5 randomised trials undertaken in several countries and with 7645 patients were included in the analysis. Three different corticosteroids, dexamethasone, hydrocortisone and methylprednisolone were used in the trials and compared against placebo (two trials) and usual care in the remaining three studies. Interestingly, three of these trials were prematurely ended once the results from one of the studies (RECOVERY) became available. In terms of overall mortality there were a total of 728 deaths among those receiving systemic corticosteroids compared to 1330 deaths in the 4842 patients in the control arm. This led to a non-significant summary odds ratio of 0.82 (odds ratio, OR = 0.82 95% CI 0.64 – 1.05, p = 0.09). In contrast, when examining patients who were critically ill, there was a significant impact from corticosteroids (OR = 0.67 95% CI 0.51 – 0.87, p = 0.01). However, in an analysis of the subgroup of patients who were not critically ill at randomisation, but who received systemic corticosteroids, the odds ratio was non-significant (OR = 0.95 95% CI 0.75 – 1.19, p = 0.21).