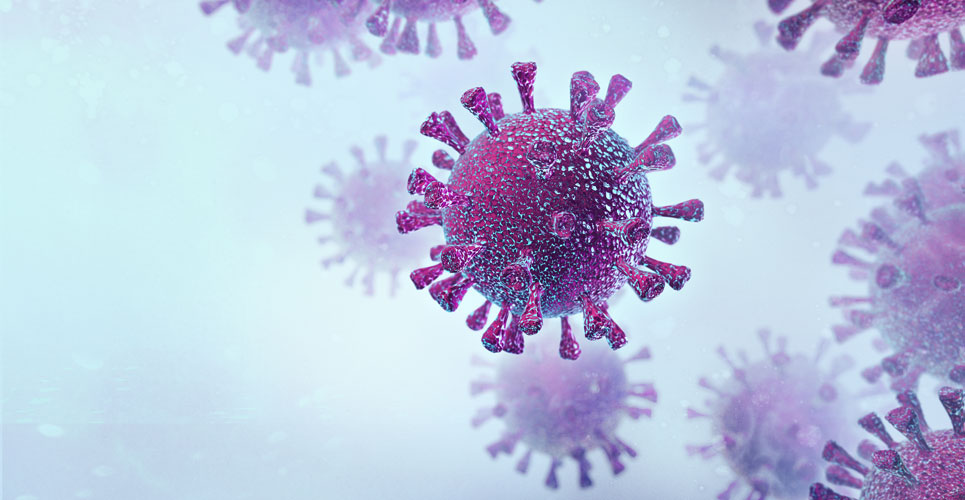 The rapid spread of COVID-19 variants B.1.618 and B.1.617, implies a higher level of transmissibility but a more important concern is whether vaccines protect against these variants.

The emergence of COVID-19 variants has created a great deal of concern, in particular, variants, B.1.617 and B.1.618, both identified in India and which appear to be more transmissible. Genomic analysis has revealed that both variants have mutations in the spike protein involved with antibody binding but whether this leads to antibody escape is uncertain. In a preliminary study, a team from the Department of Microbiology, Grossman School of Medicine, New York, US, sought to address the extent of antibody resistance together with the affinity of the two variants, to the angiotensin converting enzyme 2 (ACE-2) receptor, used by COVID-19 to gain entry to host cells. To better understand these questions, the team developed recombinant lentiviruses which are similar in structure to a coronavirus, and used to express the modified spike protein of the variants. This allows researchers to then assess both the neutralising capacity of various antibodies to the variants and the extent to which the spike protein binds to ACE2. The team tested the resistance to antibody neutralisation using convalescent plasma, vaccine-elicited antibodies and the therapeutic monoclonal antibodies used in Regeneron COV2 therapy.

Findings
Both B.1.617 and B.1.618 demonstrated a 2.3 and 2.5-fold (respectively) resistance to neutralisation by convalescent plasma. Similarly, there was a 4-fold (B.1.617) and 2.7-fold (B.1.618) resistance to antibodies in serum obtained from individuals vaccinated with either BNT162b or mRNA-1273 (Moderna). B.1.617 displayed a 4.7-fold decrease in neutralising titre with the Regeneron COV2 antibody cocktail but there was no change for the B.1.618 variant. Finally, there appeared to be a 6-fold increase in binding to the ACE2 receptor for both variants.

In a discussion of these findings, the authors noted how their preliminary results indicated that despite an increased level of binding with the ACE2 viral receptor and partial resistance to all of the antibodies tested, it was still very likely that vaccination will protect against both variants. Moreover, while the data was derived from only two of the current COVID-19 vaccines, there was no reason to suggest that antibody neutralisation would be different for any of the other vaccines.