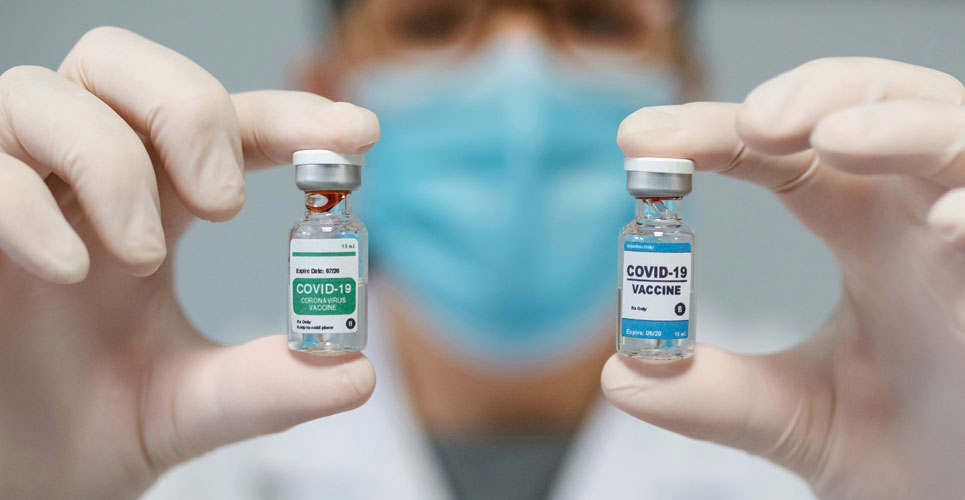 The use of a heterologous prime-boost schedule with COVID-19 vaccination still generates a sufficient immune response.

Since the introduction of COVID-19 vaccines, there has been a significant reduction in serious illness and mortality among those infected with the virus. Nevertheless, the world remains an unsafe place until the whole population receives a vaccination but with potential logistical problems in procurement of vaccines in some countries, it is important to determine whether heterologous prime-boost schedules (i.e., giving two different vaccines) still results in a robust antibody immune response. Demonstration of the success of a heterologous schedule could therefore accelerate vaccine roll-out which is especially important in low- and middle-income countries. However, there are no efficacy data available to inform on the value of a heterologous vaccination schedule but some early data on reactogenicity suggests that this approach is safe. In addition, it is also possible that a heterologous schedule might induce an enhanced or more durable antibody response compared with homologous programmes.

This was the purpose of the Com-COV study, from a team at Oxford Vaccine Group, University of Oxford, UK. The COM-COV study is a participant-blinded, randomised, phase II, non-inferiority study designed to investigate the safety, reactogenicity and immunogenicity of heterologous prime-boost COVID-19 vaccine schedules. Four permutations of the prime-boost schedules using the ChAD (Oxford AstraZeneca) and BNT (Pfizer-BioNTech) vaccines are under investigation and compared at short (i.e., 28 days) and longer (84 days) intervals. For the present study, the researchers have reported data for the prime-boost interval of 28 days. Adults aged 50 years and over who are COVID-19 vaccine naïve were included in the study and randomised to ChAd/ChAd, ChAd/BNT, BNT/BNT or BNT/ChAd. The primary outcome was serum COVID-19 anti-spike IgG concentration at 28 days post boost, assessed in terms of the geometric mean ratio (GMR) which was set to lie above 0.63. Furthermore, the study had a non-inferior design, so that the researchers could show that both the heterologous and homologous schedules were essentially identical.

Findings
A total of 830 participants with a mean age of 57.8 years (45.8% female) were enrolled and randomised including 463 with a 28-day prime-boost interval. The anti-spike IgG concentration after 28 days was 1,392 in the homologous arm and 12,906 in the heterologous and which was not only non-inferior but statistically superior to the homologous schedule. In contrast, for the BNT/ChAd schedule, the anti-spike IgG concentration was 14,080 (BNT/BNT) and 7,133 (BNT/ChAd) and with a GMR of 0.51, this meant that the heterologous arm was less effective.

In their conclusion, the authors noted that while there were differences in the immune response to the heterologous and homologous schedules, both options actually gave rise to a satisfactory immune response, indicating that a flexible approach to vaccination is feasible and effective.