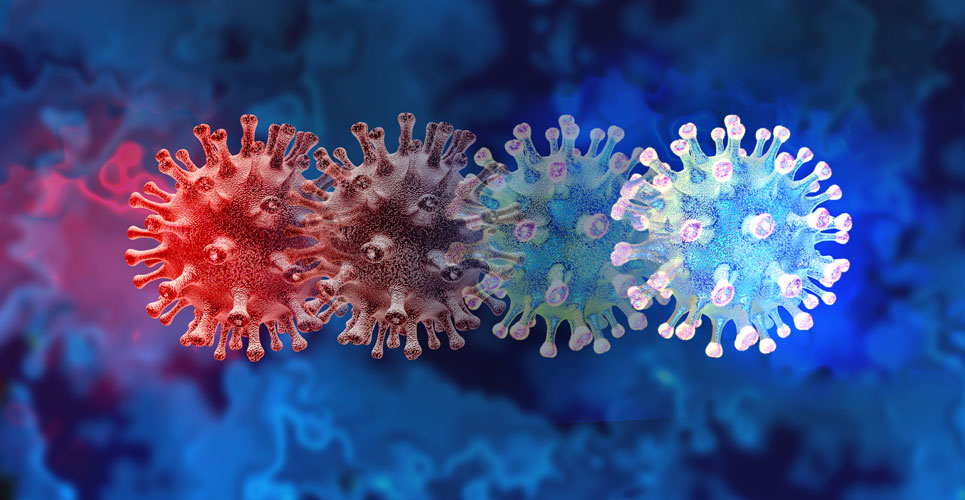 Infection with COVID-19 variant of concern B.1.1.7 does not appear to lead to more severe disease

With evidence indicating how the COVID-19 variant of concern, B.1.1.7, is more transmissible than the original strain, there are worries that infection with the variant gives rise to more severe disease.

The identification in the UK during early December 2020 of a new COVID-19 variant, B.1.1.7 was a cause for concern, especially as the mutation allowed the virus to pass more easily between individuals. In fact, the emergence of this variant of concern led to a second national lockdown in the UK in early January 2021. However, it remained unclear whether the variant was linked to more severe disease and in an effort to identify is this was the case, a team from university college London, UK, analysed the genomic sequence of patients admitted to London hospitals and analysed the clinical outcomes associated with B.1.1.7 compared to other circulating lineages. Viral samples taken from nasal and throat swabs were collected for patients admitted to hospital wards from November 2020 to 20 December 2020. These dates were chosen because the first case of B.1.1.7 was recorded on the former date and by the latter date, it became the dominant strain responsible for admissions. The severity of illness among those hospitalised with COVID-19, was graded on a scale of 0 (not infected) to 10 (dead) and in-hospital mortality, 28-days after a positive test was also collected. In addition, potential confounders, e.g., age, ethnicity, number of co-morbidities were also collected and adjusted for in the modelling. The main outcome of interest was severe disease or death by lineage and the authors also assessed viral load among those infected with each variant.

The authors noted how their data had shown that while it was clear that B.1.1.7 was the predominate variant in circulation and associated with a higher viral load, it was not associated with more severe clinical outcomes. Moreover, they also noted that their study highlighted the importance of simultaneously collecting clinical data and genomic sequencing, which allowed for a rapid assessment of the impact of B.1.1.7 and was imperative in an era of emerging variants.