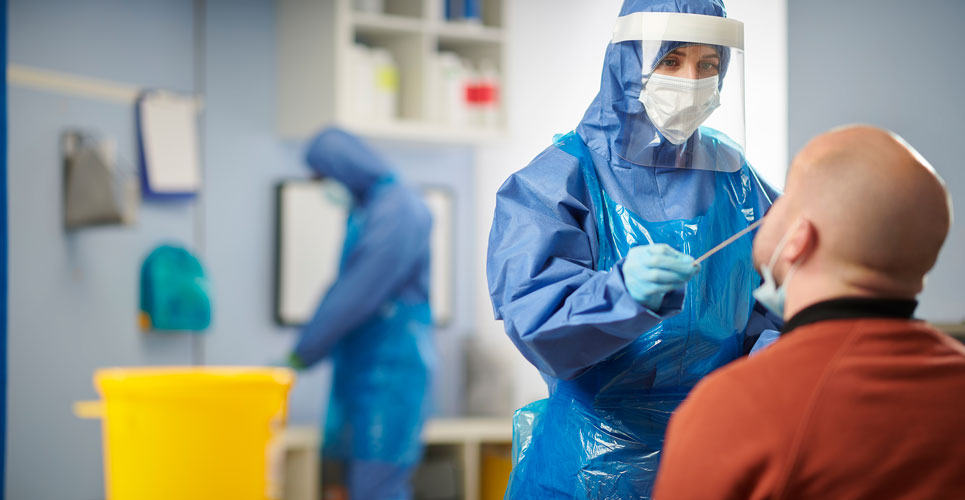 With governments highlighting the importance of obtaining a test for COVID-19 after developing the classic symptoms, a study has shown that up to a quarter of symptomatic individuals did not get tested.

COVID-19 testing is a crucial element of the public health response to the pandemic and is recommended once an individual experiences the classic COVID-19 symptoms, e.g., fever, cough or loss of smell. In March 2020, the COVID symptom app study was established, allowing individuals to download a smartphone app and record their symptoms on a regular basis. In addition, the app enabled registered participants to report on both their symptoms and whether or not they have had a test for a virus. Previous data has suggested a low level of adherence to the test, track and isolate system in the UK, suggesting that there were perhaps knowledge barriers to fully navigating the symptom-to-testing journey although the reasons for this are unclear. In order to explore some of these barriers in more detail, the team behind the COVID symptom app turned to their own data from over 4 million app users and combined this with over 700,000 surveys from the University of Maryland-Facebook Covid-19 symptom survey. The team defined test qualifying symptoms as high temperature, new continuous cough or loss of change to sense of smell or taste. To better understand the reasons why those with qualifying symptoms did not get tested, the team created an online survey and targeted those who had reported at least one qualifying symptom for the first time between November and December 2020 and who did not get tested.

Findings
Given the importance attached to getting tested, the app data revealed how the proportion of users who reported having a test increased over time from <20% in April 2020 to >70% by January 2021. However, despite increases in testing capacity, among 20,425 app users with qualifying symptoms, 24.2% did not report getting tested even though 8.6% reported experiencing all three qualifying symptoms compared to 27.6% who reported only a fever. Interestingly, more than 1 in 10 (11.5%) of those who did not get tested reported that they experienced symptoms for 7 or more days. Only 54.7% of respondents who experienced qualifying symptoms were aware that such symptoms made them eligible for a COVID-19 test. However, among individuals who had wanted a test, 32.4% reported that they were unaware of where to get tested and other reasons cited included being unable to travel to test location (29.1%) and unable to obtain a test (25.6%). Further analysis revealed how not knowing where to obtain a test was significantly associated with older age (per decade odds ratio, OR = 1.207) and male gender (OR = 1.33).

The authors concluded that their observed 25% testing gap was driven, in part, by a lack of understanding of symptoms and how and where to obtain a test and called for the UK testing programme to address this knowledge gap.