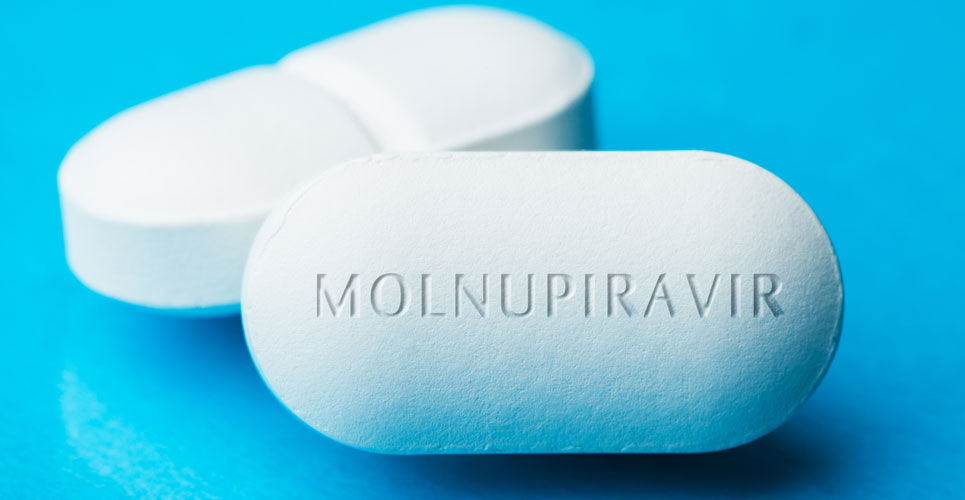 In 2019 a study reported that an anti-viral drug (EIDD-2801, molnupiravir)) was a clinical candidate with high potential for mono-therapy of seasonal and pandemic influenza virus infections. However, researchers also recognised that the drug may have a role in the fight against COVID-19. In a phase 2a double-blind, placebo-controlled, randomised, multicentre clinical trial, molnupiravir treatment led to 92.5% of patients seeing viral RNA clearance compared to 80.3% of placebo recipients after 4 weeks. In fact, in this study, infectious virus was detected in swabs from 1.9% of the molnupiravir group compared with 16.7% of the placebo group after three days of treatment. Based on these early findings, a randomised trial in 1433 participants, found that molnupiravir treatment of unvaccinated patients who had at least one risk factor for severe COVID-19 illness, reduced the risk of hospitalisation or death.

But whether molnupiravir was of value among those who have been vaccinated was much less clear. As a result, for the present study, a team of UK researchers, the PANORAMIC Trial Collaborative Group, sought to determine the effectiveness of molnupiravir treatment at reducing all-cause, non-elective hospital admission and or death within 28 days among those with a higher risk of an adverse outcome following a breakthrough infection and who had been previously vaccinated against COVID-19. The study enrolled individuals 50 years of age and older or over 18 years but with co-morbidities and with COVID-19 symptoms with an onset of no longer than 5 days and a PCR positive COVID-19 test result. Participants were randomised 1:1 and stratified by age (< or > 50 years) and vaccination status (yes/no) to receive usual care and molnupiravir 800 mg twice daily for 5 days or usual care alone. Enrolled patients were then followed for 28 days after randomisation. In addition, there was a virology subgroup who provided daily nasopharyngeal swabs for the first 7 days and then on day 14. The primary outcome was all-cause hospital admission and or death within 28 days of randomisation. Secondary outcomes included the time to self-reported recovery (TTR) and the researchers also examined differences in the level of virus reported on day 7 and mean viral load for participants in the virology subgroup.

The median time to first recovery from randomisation was 9 days in the molnupiravir group and 15 in the usual care group, giving an estimated benefit of 4.2 days (95% CI 3.8 – 4.6 days). Moreover, this effect was consistent across the subgroups.

The authors concluded that while molnupiravir treatment did not reduce the risk of hospitalisation or death (although this was already very low), the drug did result in a faster recovery time and a reduced viral detection and load.