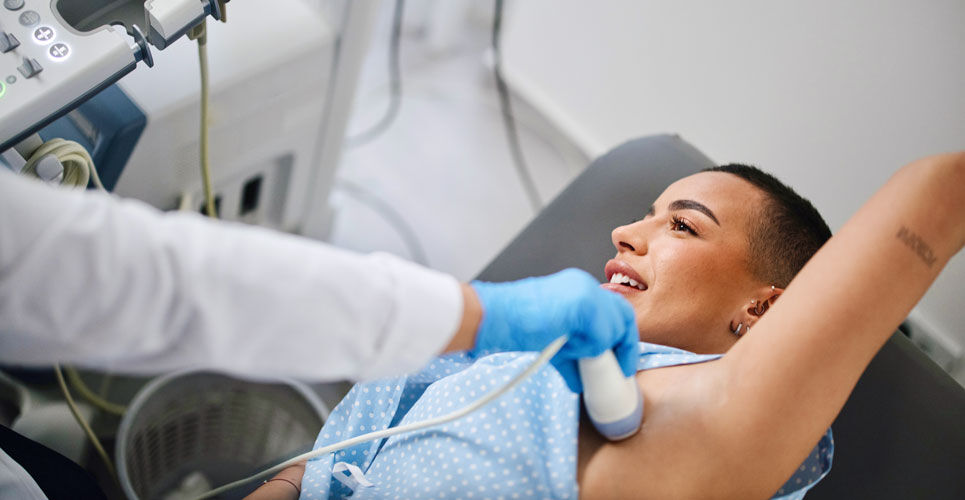 Share this story:
RELATED ARTICLES
COVID-19 vaccination reduces infection-related risk of myocardial infarction and stroke
Resistance mutations develop in patients given sotrovimab infected with Omicron variants
Shortages are on the rise…
A quarter of children found to develop long COVID
Omicron infection less likely than Delta to cause long COVID

An ultrasound AI system is able to differentiate between the malignant changes in lymph nodes because of metastatic breast cancer and those due to reactive changes induced after a COVID-19 vaccine, despite the similar appearance, according to the findings of a study by Spanish researchers.

In a previous study, the the same Spanish researchers developed an ultrasound AI system that was able to successfully detect the micro-structural and compositional changes that occur in lymph nodes due to metastatic involvement. Consequently, they wondered if the ultrasound AI system could be re-trained to differentiate between the malignant lymph node changes due to metastatic breast cancer (which was used in their previous study) from the reactive changes induced by a COVID-19 vaccine.

The ultrasound AI system was re-trained and tested with images containing benign lymph nodes affected by COVID-19 vaccination. They used receiver operating characteristic (ROC) curves to report on the performance of the ultrasound AI system in comparison to expert radiologists (who used a visual scoring method) for the differentiation between the metastatic and benign lymph nodes affected by a COVID-19 vaccination.

A total of 180 images from 154 patients were used in the analysis. This included 71 images (10 cases and 61 controls) used to re-train the model and 109 (36 cases and 73 controls) as part of the evaluation of the model’s performance.

The authors concluded that the ultrasound AI system could be used to differentiate between malignant and benign lymph nodes which changed after COVID-19 vaccination and called for future studies to confirm and validate these preliminary findings.