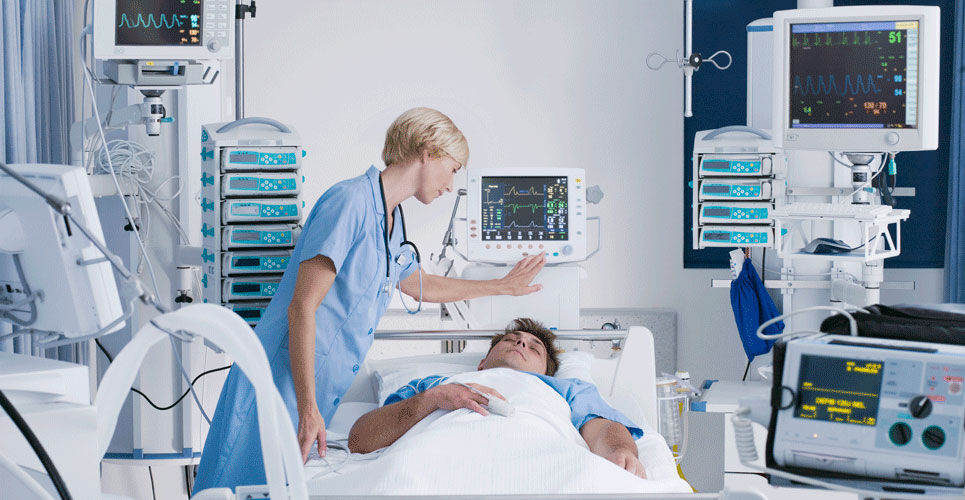 Elevated activity of the cholinesterase enzyme, acetylcholinesterase in critically ill patients is associated with a greater risk of being delirious but fortunately, does lead to subsequent cognitive impairment following discharge from hospital according to the findings of a prospective study by US researchers.

Delirium is defined as a disturbance of consciousness and cognition that develops over a short period of time (hours to days) and fluctuates over time. Furthermore, it is a common manifestation of acute brain dysfunction in critically ill patients with prevalence as high as 75%. However, more troublesome is the finding from a meta-analysis of 24 studies, which showed how delirium was significantly associated with long-term cognitive decline in both surgical and nonsurgical patients. The causes of delirium remain uncertain although several pro-inflammatory markers have been found to be elevated in critical ill patients with delirium. A widely held hypothesis has proposed that this inflammatory response seen in critically ill patients is regulated by the cholinergic system, resulting from a deficit of acetylcholine (ACh). The cholinesterase enzyme, acetylcholinesterase (AChE), is found primarily found in synapses and red blood cell membranes and cleaves ACh in the synaptic cleft, terminating the transmission of a stimulus. Although the primary neurotransmitter of the cholinergic system is acetylcholine, this cannot be measured directly in clinical settings but the activity of two enzymes, AChE and butyrylcholinesterase (BChE) can be assessed with a decreased activity of the latter, seen in patients with systemic inflammation.

Researchers therefore set out to establish whether there was an association between acute brain dysfunction (i.e., delirium and coma) during critical illness and the activity of these two enzymes as well as if enzyme activity levels were predictive of long-term cognitive impairment, disability, and health-related quality of life in survivors of critical illness. Blood samples were taken on days 1 (study enrolment), 3, 5 and 7 while in the hospital to measure the activity of both enzymes. In addition, patients were assessed for delirium and/or coma twice daily until discharged from the intensive care unit IICU) and then once daily after ICU discharge.

A total of 272 patients with a median age of 56 (56% male) and a median Sequential Organ Failure Assessment score at enrolment of 8, were included in the analysis. Overall, 15% of the cohort died within the hospital and 23% within 90 days of enrolment.

A further finding was how patients in the 75th percentile of BChE activity, had 44% higher odds of having more days alive without delirium or coma, i.e., indicating less brain dysfunction (OR = 1.44, 95% CI 1.06 – 1.94, p = 0.05). Finally, there was no significant association between any of the cholinesterase enzymes with cognitive impairment, disability, or quality of life after discharge.