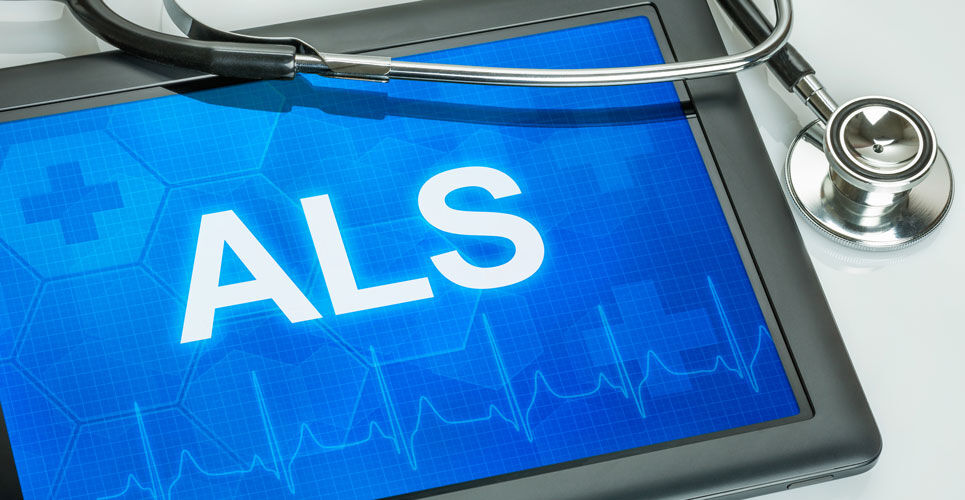 Tofersen use in patients with amyotrophic lateral sclerosis (ALS) and mutations in the gene encoding for superoxide dimutase 1 (SOD1), reduced cerebrospinal fluid levels of the SOD1 protein and neurofilament light chain (a marker of axonal damage) but failed to improve clinical endpoints. This was the interim conclusion of an on-going study by researchers from the VALOR and OLE working groups.

Amyotrophic lateral sclerosis is a progressive neurodegenerative disease that affects nerve cells in the brain and spinal cord and has a prevalence of approximately 6 cases per 100 000. ALS is a relentless and incurable disease that begins with a progressive paralysis and normally causing death within 3 to 5 years of diagnosis. However, in the majority of cases, the intellect appears to remain intact while the motor system degenerates. While the cause remains uncertain, superoxide dismutase 1 (SOD1), which is an antioxidant enzyme protecting cells against reactive oxygen species toxicity, was the first gene in which mutations were found to be causative for ALS. Moreover, around 2.3% of ALS cases are due to SOD1 mutations.

Tofersen is an antisense oligonucleotide that bind to the SOD1 mRNA and in doing so, prevents it from being read, thereby stopping SOD1 protein production and potentially slowing disease progression. The present study is part of the VALOR trial which is divided into three parts, A, B and C. The first two parts evaluated the safety, tolerability, and pharmacokinetics of ascending doses of tofersen in adults with ALS and a SOD1 mutation, whereas the primary objective of Part C was to evaluate the clinical efficacy of tofersen. VALOR was a phase 3, double-blind, randomised trial that included 24 weeks of treatment and a follow-up period of 4 – 8 weeks and then an on-going open-label extension phase. Eligible patients were randomised 2:1 to intrathecal tofersen (100 mg) or placebo administered as three doses once every two weeks, then five doses once every 4 weeks for a total of 24 weeks. Upon completion of VALOR, participants could opt to continue in the open-label phase, lasting up to 236 weeks. In the present analysis, researchers reported data at week 52. In their analysis, participants were classed as an ‘early-start’ cohort, i.e., where they had been randomised to tofersen from the start of the trial and ‘delayed-start’ where individuals randomised to placebo, switched to active treatment for the open-label phase. In addition, the trial included a group of patients estimated to have either faster or slower disease progression. The primary efficacy endpoint in VALOR was a change from baseline to week 28 in the Amyotrophic lateral sclerosis Functional Rating scale-Revised (ALSFRS-R score) which is a measure of functional capacity (ranging from 0 to 48, with higher scores indicating better function). Secondary outcomes included cerebrospinal fluid concentrations of SOD1 protein, plasma neurofilament light chains, the percent of the predicted slow vital capacity and the handheld dynamometry megascore, which provided a measure of strength and again, with higher scores meaning greater strength.

A total of 108 participants with 42 unique SOD1 mutations were enrolled, 72 given tofersen, of which 39, were deemed to be in the faster progression group. The mean ALSRFS-R score among the tofersen group was 36.9. In addition, 62% of those in the tofersen group were also prescribed riluzole and 8% edaravone.

For the primary outcome, the adjusted mean change in ALSFRS-R score was -8.14 in the placebo group and -6.98 in the tofersen group which was not significantly different (mean difference = -1.2, p = 0.97). There were also no significant differences for the secondary outcomes although in the faster progressing group SOD1 proteins were reduced by 29% in those receiving tofersen compared to an increase of 16% in the placebo group. Similarly, there was a 60% reduction in neurofilament light chains in the tofersen-treated faster progression group compared to a 20% increase in the placebo group.

For the open-label extension group, at 52 weeks, the change in ALSFRS-R score from the VALOR baseline was -6.0 points for early-start participants compared to -9.5 points for the delayed-start group. In other words, patients who started tofersen earliest, irrespective of whether they were fast or slower progressing, had a small decline in ALSFRS-R score. Other differences indicative of improvements between early and delayed starters compared to the VALOR baseline were seen with predicted slow vital capacity (-9.4% vs -18.6%, early vs delayed) and for handheld dynamometry megascore (-0.17 vs -0.45, early vs delayed)

The authors concluded that while there was no significant difference in the decline in a composite measure of ALS progression for patients given tofersen compared to placebo, the potential effects of early vs later use of the drug is being further investigated in the open-label extension study.