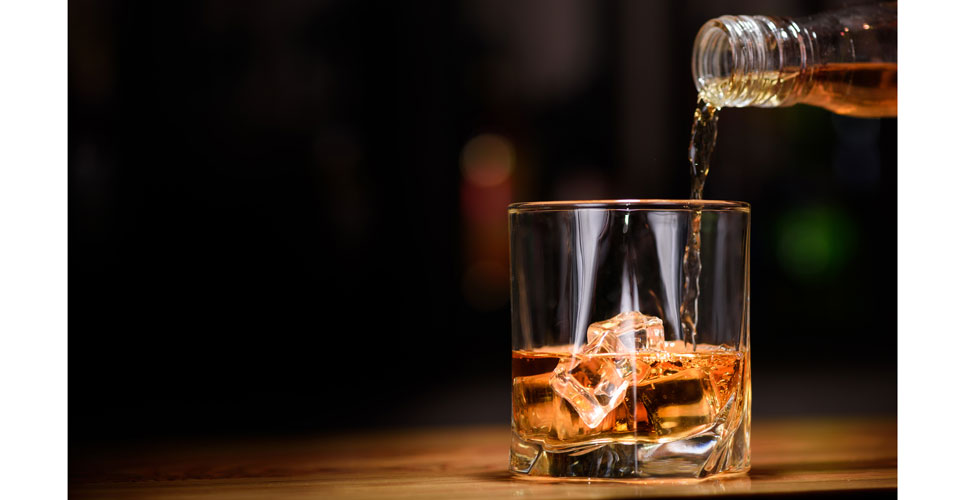 Only an increased alcoholic spirit intake has been found to be linked with a higher risk of ventricular arrhythmias in people who are regular alcohol drinkers according to researchers at the Centre for Heart and Rhythm Disorders, University of Adelaide, Australia.

Higher intakes of alcohol are considered harmful and to damage the cardiovascular system although in contrast, light to moderate alcohol intake appears to be protective. The phrase ‘holiday heart syndrome‘ has been used to define any alcohol-induced atrial arrhythmias and/or conduction disturbance associated with heavy consumption in a person without other clinical evidence of heart disease. Whilst the relationship between atrial arrhythmias and alcohol has become more widely recognised, there is little data linking alcohol intake with ventricular arrhythmias (VA). In fact, the available evidence is inconsistent, with some data showing a non-significant association whereas other studies suggesting that heavy alcohol consumption is an important contributing factor. Moreover, the influence of the type of alcoholic drink on VA or even sudden cardiac death (SCD) is also uncertain.

In the current analysis, researchers turned to information held in the UK Biobank which provides data on approximately half a million community-dwelling individuals aged 40 to 69 years across the UK. For their analysis, the researchers focused on incident cases of VA but excluded those with a previous history of the condition and former drinkers. The amount of alcohol intake was reported in terms of a standard drink, defined as 8g of alcohol and the average number of standard drinks consumed per week. For their analysis, the team considered alcoholic spirit intake as well as well as other types such as beer and wine and created regression models which adjusted for several covariates such as age, sex, race, education.

Data for a total of 408,712 individuals with an average age of 58.3 years (52.1% female) were included in the analysis and who were followed up for a median duration of 11.5 years. The median alcohol intake for the whole cohort was 8 drinks per week although 5.5% of the group reported having never consumed alcohol.

There were a total of 1733 incident VA events and 2044 SCDs which occurred during the follow-up period. Overall, there was no statistically significant association between total alcohol intake and the risk of VA. However, when considered by type of alcoholic beverage, only alcoholic spirit intake was linearly linked with an increased risk of VA among those consuming greater than 14 drinks per week (hazard ratio, HR = 1.15, 95% CI 0.98 – 1.34) and this became statistically significant with more than 28 drinks per week (HR = 1.33, 95% CI 1.03 – 1.73).

For SCD there was a U-shaped distribution of risk with the lowest risk at around 7 drinks per week.

The authors concluded that they were unable to find an association between total intake of beer, cider and wine and VA and that only increased alcoholic spirit intake was linked to a higher risk. In fact, wine intake was associated with a lower risk of SCD although the authors suggested that these findings require clarification from experimental studies.