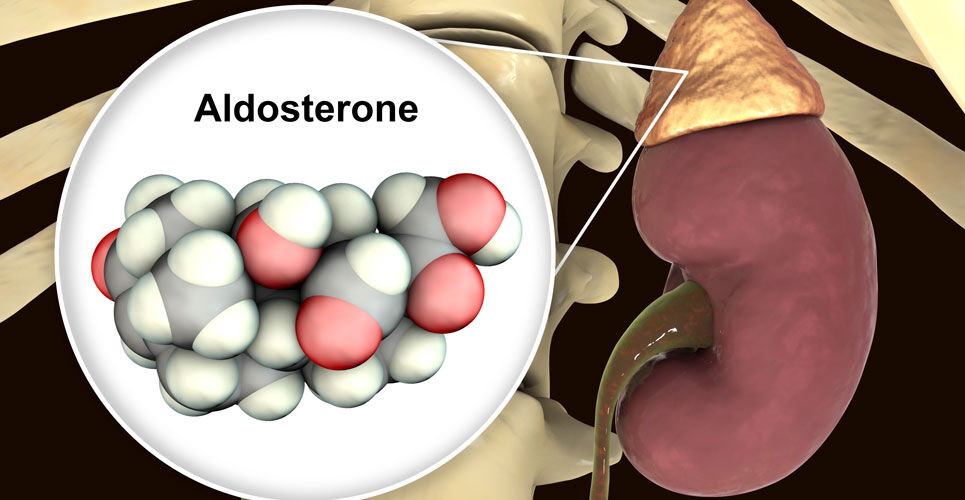 The radiotracer metomidate when used in a PET and in combination with high resolution computed tomography (CT), has been found to be non-inferior to adrenal vein sampling, as a means of detecting unilateral primary aldosteronism according to a study by a team of UK researchers.

Primary aldosteronism (PA) has been shown to be responsible for 5.9% of cases of hypertension and this figured increased to 11.8% in patients with stage 3 hypertension. Primary aldosteronism can be surgically corrected when caused by unilateral aldosterone hyper-secretion for which the usual cause is an aldosterone producing adenoma. Moreover, hypertension due to PA has a worse prognosis compared to blood-pressure matched essential hypertension. The use of adrenal vein sampling (AVS) is recognised as the most reliable means of identifying whether aldosterone production in uni- or bilateral. Nevertheless, an alternative is the use of imaging modality, such as metomidate positron emission tomography computed tomography (MTO) and which, in one small study, has been shown to both a sensitive and specific alternative to adrenal vein sampling. Nevertheless, with a limited evidence base to demonstrate the value of this imaging modality, in the present study, researchers set out to compare the accuracy of MTO and AVS at predicting the outcome following adrenalectomy in patients with PA and ultimately resolution of hypertension in these patients. Individuals with confirmed PA underwent both MTO and AVS and were commenced on spironolactone 50 mg but which was increased to 100 mg after two weeks. Both techniques were used to assess the probability of of unilateral PA and where this was high, unilateral adrenalectomy was recommended or medical management where it was not detected.

Following surgery, the accuracy of MTO at predicting clinical success was 65.4% compared to 61.5% for AVS. These differences did not reach the predefined inferiority statistical margin, in other words, MTO was not inferior to AVS. Only 23 of 78 patients undergoing surgery achieved blood pressure readings of below 135/85 mmHg, although 12 individuals were able to stop antihypertensive treatment.

There were a total of 28 serious adverse events though none of these were considered to be related to the procedures and 26, fully resolved.

The authors concluded that MTO was an effective non-invasive means to diagnose lateralizing PA and could be used as an alternative to AVS.