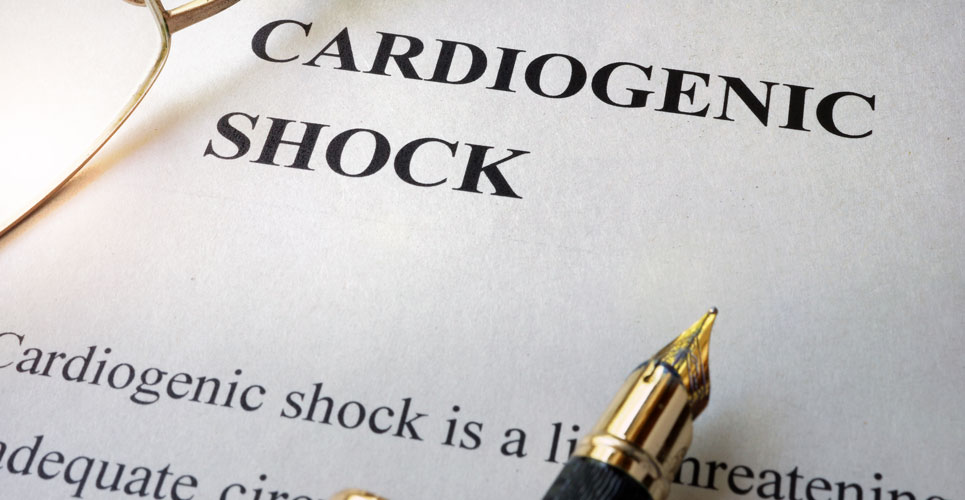 The use of milrinone or dobutamine in patients with cardiogenic shock did not lead any important differences in clinical outcomes.

The term cardiogenic shock, refers to a low-cardiac output state resulting in life-threatening end-organ hypoperfusion and hypoxia. Cardiogenic shock is the most severe form of acute heart failure, occurring in roughly 5 to 7% of patients with acute myocardial infarction. Drug therapy recommended in he European Society of Cardiology guidelines (2016) includes the use of inotropes such as dobutamine, a synthetic catecholamine which has a positive effect on beta-1 and beta-2 adrenergic receptors in the heart and which are down-regulated in acute heart failure. Dobutamine therefore has an inotropic effect and serves to increase cardiac output. Alternatives to dobutamine include milrinone, a phosphodiesterase III inhibitor and which also increases myocardial contractibility and improves myocardial with a resultant improvement in both systolic and diastolic function and ultimately cardiac output. However, while dobutamine improves myocardial function, it can also increase myocardial oxygen consumption. Which drug performs better in patients with cardiogenic shock is therefore unclear, especially after a 2019 systematic review concluded that there is limited evidence comparing either drug in patients requiring inotropic support. Thus, in an effort to help guide clinical practice, a team from the CAPITAL Research Group, Division of Cardiology, University of Ottawa, Canada, undertake a randomised trial in patients with cardiogenic shock comparing the two agents. Eligible patients were adults (18 years and over) admitted to a cardiac intensive care unit with cardiogenic shock and randomised to receive either dobutamine or milrinone. The primary outcome of the trial was a composite of in-hospital death from any cause and a number of other measures including, resuscitated cardiac arrest, receipt of a cardiac transplant or mechanical circulatory support, nonfatal myocardial infarction and stroke.

Findings
A total of 192 patients admitted to an intensive care unit with cardiogenic shock were randomised equally to either milrinone or dobutamine. Baseline characteristics were similar and the mean age of those randomised to milrinone was 68.9 years (38% female) but slightly older in the dobutamine group, with a mean age of 72 years (35% female), although the distribution of co-morbidities were similar in the two groups. The primary outcome occurred in 49% of those assigned to milrinone and 54% in the dobutamine group, giving a relative risk of 0.90 (95% CI 0.69 – 1.19, p = 0.47). Furthermore, a time-to-event analysis also did not show any significant differences with respect to the primary outcome. The in-hospital mortality was similar, occurring in 37% of those given milrinone and 43% dobutamine (relative risk = 0.85, 95% CI 0.60 – 1.21) and there were no significant differences in any of the outcome measures, e.g., resuscitated cardiac arrest, occurrence of stroke etc.
The authors concluded that while their trial had been designed to include a wide range of clinical outcomes and to support clinicians in their decision-making process over the use of inotropes in cardiogenic shock, they were unable to detect any specific advantages for either therapy.