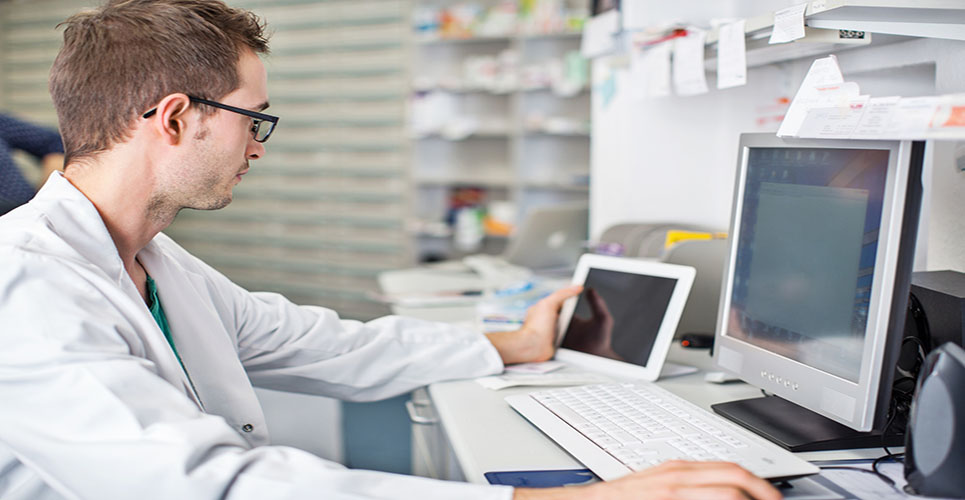 íí
There are only two good things about starting work on Monday – passing the on-call bag on to ­someone else, and the hot coffee ready as I walk through the door.

My first task is to walk around the department to check who’s in and who’s in a bad mood because their football team lost at the weekend. Just for a change it’s not me! We do a “one week in six” on-call rota, and last week’s on-call was not too onerous, with a below average three calls and one nonurgent visit.

Our pharmacy serves the whole Norfolk Mental Health Care Trust across Norfolk and northeast Suffolk, with five major sites and numerous others, totalling 60 cost centres, plus a Service Level Agreement with a learning disability service in Suffolk. We have five full-time and four part-time pharmacists, a posse of technicians and others. We are a democratic department – I’m allowed to make the important decisions, but everyone else decides what is important.

Next is our pharmacist and senior technician weekly diary check, to run through what people are doing, ensure the dispensary is covered and that live issues are discussed, which this week include:

Library, lunch and the afternoon
I drop into the hospital library to catch up on last month’s psychiatric journals, photocopying any drug-related ones for the department’s latest papers file. Back at base, my post includes a request to “referee” a letter to the editor for the local mental health magazine, The Communicator. I help them by checking drug-related articles and letters for factual accuracy and ensuring they are not wildly incorrect.

I always try to go to the canteen for lunch, useful for raising the department profile and meeting people. This lunchtime I chat with Mark Deveney from the ACCESS (early discharge) team about the National Service Framework Regional Implementations Task Force, of which we are both members. The previous meeting had identified access to services as being a key issue for users, but only three of the 40 members volunteered to work on this, and we constituted 66% of the three! My interest was to look at access by users and carers to education (as opposed to just information, which is useful but generally ineffective) and advice on mental health drugs, and I have surveyed regional and national mental health trusts and wider afield. Generally, services appear patchy. I want to raise the idea of planned education and see if we could survey users to assess their satisfaction with education.

Monday afternoon is the weekly pharmacist clinical session. This week my deputy John Hunter challenged us with a review of a paper on vitamin supplementation in alcohol ­withdrawal. The second half of the session involves group clinical supervision, with discussion of pharmacist interventions.

Monday afternoon is my weekly dispensary slot, an unusual concept for a pharmacy director. I think it’s useful to do this to get a good overview of prescribing issues as well as keeping my hand in. Until we get tech-check in place, our dispensary takes one pharmacist checking plus a second doing the medicine information. An added challenge is our medicines telephone helpline, which we have offered to patients and carers since 1990. We get on average five calls a day from users or carers, plus of course an additional steady stream from community psychiatric nurses (CPNs), GPs and doctors. This afternoon’s queries include:

Once the dispensary is cleared I nearly always work until about 6pm in my office, achieving more in that hour than the previous eight put together. I use the time emailing my staff, planning the next day and tackling irritating problems. I prefer to work later rather than take Trust work home.

The evening
But it doesn’t end there. After the usual (tea, kick the cat, piano practice), it’s back to the PC. Monday evening is usually UK Psychiatric Pharmacy Group (UKPPG) night and I’m now tidying up after Chairmanship. Apart from the emails, there is the first draft of the UKPPG annual report, the next bulletin to prepare postconference, the NICE (National Institute of Clinical Excellence) depression submission, finalising the UKPPG Patient’s Advice Leaflets on CD-ROM, and updating the website (www.ukppg.org.uk). Soon I’ll even be able to compile my College of Mental Health Pharmacists portfolio.
And so to bed …