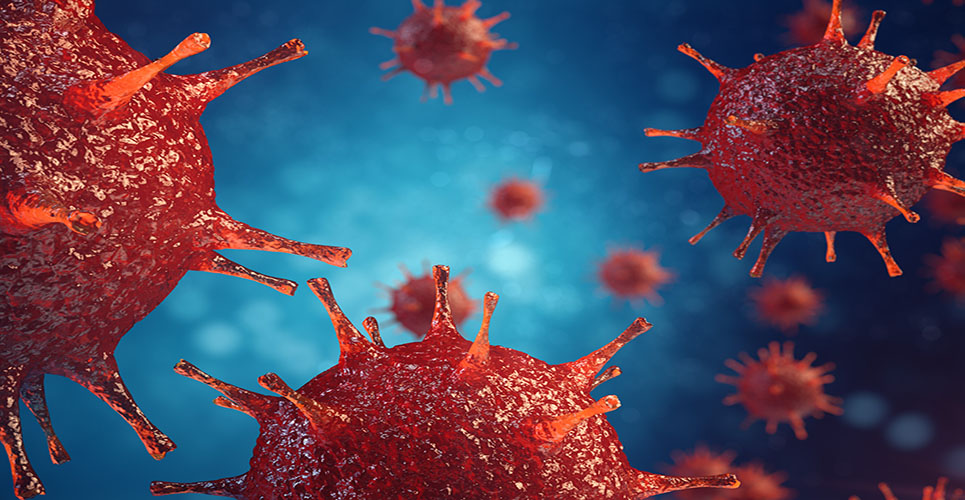 Prevention and control of infection in cystic fibrosis

Cystic fibrosis (CF) is the most common lethal hereditary disorder in Caucasian populations, with an incidence of ~1:2,500 live births.(1) Disease is caused by >1,000 mutations in a gene encoding a membrane-bound chloride channel.(2) The mutations affect epithelial ion and water transport mainly in cells in the respiratory, gastrointestinal, hepatobiliary and reproductive tracts. In airways this leads to impaired mucociliary clearance(2) and causes chronic bacterial infections that may start early in the life of CF patients.(3) These secondary infections have the greatest effect on CF morbidity and mortality.

The vast majority of CF patients are infected with P. aeruginosa.(3) Mucoid P. aeruginosa, characterised by the formation of the exopolysaccharide alginate, is predominantly present in chronic infection.(4) The pathogenesis of chronic P. aeruginosa lung infection in CF is characterised by antibody production against many bacterial antigens, immune complexes and a large influx of neutrophils.(4,5) Neutrophils form large areas of pus around the persisting bacteria, leading to obstruction and destruction of CF airways.(5) Uncontrolled progression of infection will result in progressively severe lung damage, respiratory failure and death. Children with CF infected with P. aeruginosa have lower pulmonary function, lower chest radiograph scores and lower 10-year survival than uninfected children.(6)

Infection control policies
P. aeruginosa is a ubiquitously found water organism, and epidemiological studies suggest that transmission to CF patients may occur by direct patient-to-patient contact or via contaminated environmental reservoirs.(7) Many studies have found P. aeruginosa in the hospital environment.(7) Washbasin sinks in particular may be contaminated, and handwashing at contaminated sinks leads to contaminated hands.(8)

Hand disinfection for CF patients and hospital personnel has been emphasised.(10) Importantly, if the hands of CF patients are contaminated with respiratory secretions, transmission of P. aeruginosa is significantly prolonged.(11)

Infection control policies vary from centre to centre, and can generate controversy and anxiety among members of the CF community. Unfortunately, compliance of hospital personnel with recommended hygiene practices is generally poor.(10) Prevention of P. aeruginosa infection is also possible by vaccination.(12,13)

P. aeruginosa infections are generally diagnosed by taking sputum or throat swabs, and P. aeruginosa is easily identified by routine methods. Serological tests for P. aeruginosa antigens have been especially useful in nonexpectorating patients.(14) There is increasing evidence that early diagnosis of P. aeruginosa lung colonisation may be beneficial, since early treatment can be initiated (see below). Therefore, it is recommended that all CF patients, regardless of clinical status, should have a respiratory tract culture performed at least quarterly.(15)

To obtain high antibiotic dosages, antibiotics such as tobramycin and colistin have been given by the aerosolised route. A review of five randomised controlled trials showed benefit for nebulised antipseudomonal antibiotic therapy, with no demonstrable adverse effects.(19) Consensus reports on the use of aerosolised antibiotics in CF patients have been published.(15,20) Nevertheless, several antibiotics, including aminoglycosides and cephalosporins, are still intravenously administered in high dosages (see Table 1), and therapy is generally scheduled for approximately two weeks. Combination therapy with antibiotics has been favoured because it may slow down drug resistance and may result in synergy.(15) Only fluoroquinolones are given orally,(21,22) and in children.(23)

Eradication of mucoid P. aeruginosa in the chronic infection state by antibiotic therapy is virtually impossible, and generally only a reduction of colony counts can be achieved. This implies that subinhibitory concentrations of antibiotics are present in CF airways, which may positively affect the clinical condition and lung function of CF patients.(24) However, subinhibitory concentrations of antibiotics may also increase the mutation rate of P. aeruginosa and lead to the development of resistant variants.(25)

Chronic P. aeruginosa infections in CF necessitates many antibiotic therapy courses, which carry the risk of increasing resistance towards a given drug more rapidly. Emergence of drug resistance after intravenous and aerosol therapy has been observed in several studies.(15,26,27) Antimicrobial resistance may revert to susceptibility over time, when the antibiotic selective pressure is removed.(28) To avoid resistance, combination therapy with P. aeruginosa-specific antibiotics displaying different modes of action is used in CF patients. For aerosol therapy, intermittent on–off cycles of four weeks are recommended.(15,16)

Large amounts of aerosolised antibiotics may be swallowed, and studies to investigate the effects on gastrointestinal flora during chronic administration have been recommended. (29) Antibiotics are usually aerosolised by nebulising a solution of the drug, although dry powder inhalation, which reduces administration times significantly, has also been studied.(30) Since many CF patients reuse their disposable jet nebulisers, hygiene problems related to microbial contamination may arise. Therefore patients must be instructed how to clean and dry their nebulisers. Exhaled antibiotics should be discharged through a tube to the outside air or trapped in a filter, to avoid contamination of the patient’s surroundings. In some hospitals it is recommended that inhalations are performed in a separate area.(31)

CF patients are treated with antibiotics for most of their lives, and drug side-effects may well occur. Aminoglycosides may cause ototoxicity and nephrotoxicity due to accumulation of the drug in cells, where they bind to the ribosomes.(32) beta-lactam antibiotics, particularly penicillins, may cause allergies.(33)

Prophylactic administration of antibiotics against Staph. aureus, which normally precedes P. aeruginosa, has been suggested based on the assumption that Staph. aureus paves the way for P. aeruginosa infection. Continuous prophylactic flucloxacillin in CF patients diagnosed early was associated with improved clinical progress during the first two years of life.(34) However, this treatment increased the rate of P. aeruginosa infection(35,36) and therefore is not recommended.

Antibiotic therapy, initiated shortly after the diagnosis of P. aeruginosa lung colonisation, provides a very promising concept.(37,38) Based on the observation that the bacterium exhibits a nonmucoid phenotype at the time of colonisation so sputum volumes are low, eradication may be possible early on. Indeed, combined treatment with aerosolised colistin and oral ciprofloxacin significantly reduced the onset of chronic P. aeruginosa infection in CF patients compared with untreated controls.(37) Similarly, a placebo-controlled, double-blind, randomised tobramycin inhalation study showed that, after the onset of P. aeruginosa colonisation, the time of conversion to a P. aeruginosa-negative respiratory culture was significantly shortened by active treatment, suggesting that early treatment may prevent P. aeruginosa pulmonary infection in CF.(38) In a follow-up study,(39) it was demonstrated that this regimen prevented or delayed chronic P. aeruginosa infection in 78% of the CF patients for 3.5 years. Furthermore, aggressive treatment maintained or increased pulmonary function during the year after inclusion compared with the control group, in which pulmonary function declined.(39) Recently, it was demonstrated that early antibiotic therapy eradicated the pathogen from CF airways.(40)

Home therapy permits more normal activity for the CF patient, including school attendance or continuing employment.(41,42) Home intravenous antibiotic therapy in CF patients is a feasible, cost-effective alternative to receiving therapy in hospital. However, patient guidelines concerning hygiene and physiotherapy need to be established.(43) In addition, stringent quality control and assessment of effectiveness are mandatory.

Several centres treat chronic P. aeruginosa infection in CF patients with intravenous antipseudomonal antibiotics three to four times a year and, in between these courses, give daily treatment with aerosolised antibiotics such as colistin and tobramycin. There are still concerns that this intensive and aggressive antibiotic treatment may eventually result in the occurrence of multiresistant P. aeruginosa strains or increased adverse drug effects.(44)

Read the latest issue >
Be in the know
Subscribe to Hospital Pharmacy Europe newsletter and magazine
Subscribe
Share this story:
RELATED ARTICLES
Firmagon ‘shrinks prostate tumours’
The Seven (and a half) ages of Man – part one
NICE recommends Xarelto® as a treatment option for reducing secondary events in ACS
European pharmaceutical innovation conference
Possible comeback for cancer drug