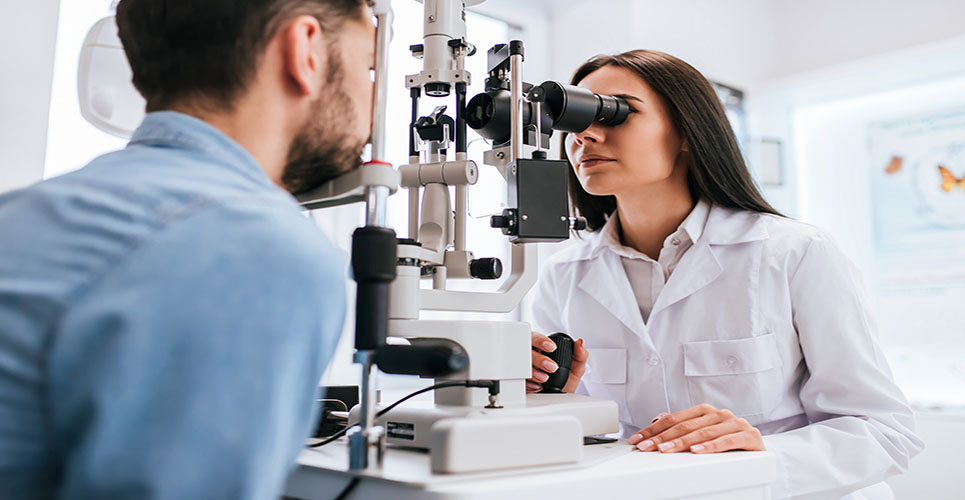 First results of the RESTORE Phase III study show that ranibizumab is significantly more effective than laser treatment, the current standard of care, at treating visual impairment due to diabetic macular edema (DME), a serious complication of diabetes.

Ranibizumab had a favorable safety profile when used as monotherapy with no new safety risks observed when combined with laser therapy.

“These new data add to the body of evidence showing that treatment with ranibizumab produced a rapid improvement in visual acuity with sustained benefit, and may offer patients the prospect of regaining vision they have lost due to this disabling disease,” said Professor Gabriele Lang, Head of the Division of Medical Retina and Laser Surgery, Department of Ophthalmology, University of Ulm, Germany.

Professor Lang today presented initial results from the RESTORE Phase III study at the meeting of the European Association for the Study of Diabetic Eye Complications (EASDec) in Paris.

Ranibizumab has been approved in more than 80 countries for the treatment of wet age-related macular degeneration (AMD) under the brand name Lucentis. It is not currently licensed in any market for the treatment of visual impairment due to DME. An application for marketing approval in this indication was submitted to EU health authorities in December 2009.

The RESTORE study showed that over one year, patients treated with ranibizumab plus laser were able to read an additional 5.9 letters on a standard eye-chart, while those treated with ranibizumab alone could read 6.1 letters more than at the start of the study. This compared with patients receiving laser therapy alone who could read an additional 0.8 letters. All figures are mean averages for the year. The study met its primary endpoint (both ranibizumab arms p<0.0001 vs. laser alone).

The safety profile of ranibizumab in RESTORE was consistent with that previously observed in large controlled clinical trials, with no new safety risks observed. No cases of endophthalmitis were reported. Ranibizumab showed a low incidence (less than 1%) of increased intra-ocular pressure (IOP). In terms of systemic safety, there was a low incidence of hypertension (5-8%) and arterial thromboembolic events (3–4%) in all treatment groups.

These efficacy and safety data support the results of the pivotal RESOLVE study comparing ranibizumab to sham (or dummy) treatment. This demonstrated that 61% of ranibizumab-treated patients gained 10 letters or more in visual acuity, and formed the basis of the EU submission. The results from RESTORE also follow a US study conducted by the Diabetic Retinopathy Clinical Research Network (DRCR.net) showing that after one year, nearly 50% of eyes treated with ranibizumab and laser therapy showed an improvement in vision of 10 letters or more, compared to 28% with laser alone.

“Ranibizumab was specifically designed and licensed for use in the eye, and has already been shown in robust, randomised controlled trials to improve vision and vision-related quality of life in patients with wet AMD,” said Trevor Mundel, MD, Global Head of Development at Novartis AG.

“We are committed to exploring its potential in other ophthalmic diseases where there is an unmet medical need, and these results confirm that it could provide an important new therapeutic option for visually impaired patients with DME.”

Diabetes is a disease associated with high levels of blood sugar which can damage many organs over time, including the eyes. Long-term diabetes can result in diabetic retinopathy, an eye disease characterised by changes in the blood vessels of the retina – the light-sensitive layer at the back of the eye. Diabetic retinopathy is a leading cause of blindness in people of working age.

One manifestation of diabetic retinopathy is DME or retinal swelling, which is caused by leakage of fluid in the central portion of the retina called the macula. Because this is the part of the eye responsible for sharp central vision, patients with visual impairment due to DME can find it hard to recognise faces and carry out everyday activities such as reading and driving. DME with visual impairment affects 1–3% of people with diabetes worldwide.

Ranibizumab works by neutralizing a protein called vascular endothelial growth factor (VEGF), which is believed to cause abnormal blood vessel growth and leakage beneath the macula.

Ranibizumab was developed by Genentech and Novartis. Genentech has the commercial rights to ranibizumab in the US, while Novartis has exclusive rights in the rest of the world.

Read the latest issue >
Be in the know
Subscribe to Hospital Pharmacy Europe newsletter and magazine
Subscribe
Share this story:
RELATED ARTICLES
New drug could reduce risk of allergic reaction to peanuts in children and adolescents
Anaemia management in dialysis patients
Data from the Phase III UNIFI maintenance study announced at ECCO 2019
Celltrion’s biosimilar trastuzumab approved in Europe
Management of haemophilia A and B