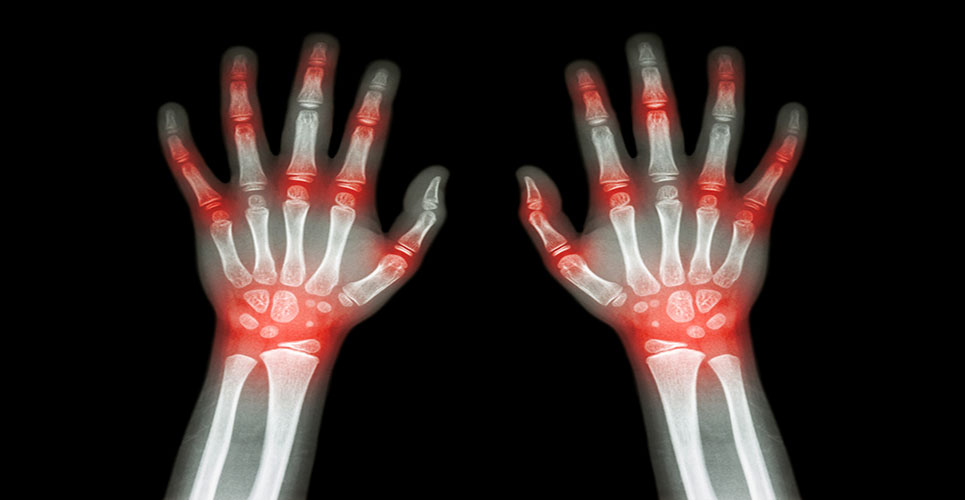 MSD (Merck & Co., Inc., Kenilworth, New Jersey, USA) announced that on 22 June the European Commission approved SIMPONI® (golimumab) for the treatment of adult patients with severe, active non-radiographic axial spondyloarthritis (nr-axial SpA). This follows CHMP positive opinion issued in May 2015, (1) based on the findings from the GO-AHEAD study, which demonstrated significant clinical improvement in patients with active nr-axial SpA treated with SIMPONI®, compared with patients treated with placebo, over 16 weeks. (2)

MSD (Merck & Co., Inc., Kenilworth, New Jersey, USA) announced that on 22 June the European Commission approved SIMPONI® (golimumab) for the treatment of adult patients with severe, active non-radiographic axial spondyloarthritis (nr-axial SpA). This follows CHMP positive opinion issued in May 2015, (1) based on the findings from the GO-AHEAD study, which demonstrated significant clinical improvement in patients with active nr-axial SpA treated with SIMPONI®, compared with patients treated with placebo, over 16 weeks. (2)

Nr-axial SpA and ankylosing spondylitis (AS) come under the umbrella term of axial spondyloarthritis (axial SpA), (3) which is a painful and potentially progressive condition that mainly affects the spine and pelvic joints, commonly characterised by chronic lower back pain and stiffness. (4) AS patients have evidence of radiographic damage, whereas nr-axial SpA patients do not. The burden of disease in nr-axial SpA is similar to AS. (5)

European Commission approval in the nr-axial SpA indication means that SIMPONI® is now – in addition to the already existing approval for ankylosing spondylitis – a treatment option for adult patients with severe, active nr-axial SpA with objective signs of inflammation (OSI), as indicated by elevated C-reactive protein (CRP) and/or magnetic resonance imaging (MRI) evidence, who have had an inadequate response to, or are intolerant to nonsteroidal anti-inflammatory drugs (NSAIDs).

“The indication of SIMPONI® in non-radiographic axial spondyloarthritis adds to a number of existing indications in rheumatology and gastroenterology,” explains Dr Sean Curtis, VP, Immunology Clinical Research at MSD, “physicians now have an option to help address the treatment needs of a significant group of their patients.”

In rheumatology, SIMPONI® is already indicated for AS, psoriatic arthritis and rheumatoid arthritis. SIMPONI® is also approved for the treatment of ulcerative colitis. (6)

European Commission approval for SIMPONI® in nr-axial SpA was based on the results from the GO-AHEAD study, a Phase IIIb, double-blind, randomised, placebo-controlled trial in patients with active nr-axial SpA. In the study, the primary-endpoint data showed that 71.1% of patients treated with SIMPONI® achieved ASAS20 (Assessment in Spondyloarthritis International Society) at week 16 compared with 40.0% of placebo-treated patients (P<0.0001). (2) The ASAS response criteria assess symptomatic outcomes across domains including physical function, pain, global disease assessment and spinal stiffness. ASAS20 improvements were especially seen in the subpopulation of patients who had objective signs of inflammation – elevated CRP and/or MRI evidence (76.9% versus 37.5%, respectively; P<0.0001.) (2) Similarly, key secondary endpoints at week 16 were attained in a greater proportion of SIMPONI®-treated patients compared with placebo.

Further findings from a subanalysis of the GO-AHEAD study presented at EULAR in June showed that patients with nr-axial SpA treated with SIMPONI® had greater quality of life (QoL) improvements than those treated with placebo. (7) At week 16, SIMPONI® patients had greater improvements from baseline QoL than those receiving placebo against all scales of the ankylosing spondylitis quality of life (ASQoL), EuroQoL 5-Dimension (EQ-5D), and the 36-item Short Form Health Survey (SF-36). (7) Patients treated with SIMPONI® also experienced greater percentage improvements in measures of overall work impairment at week 16 versus placebo-treated patients (-21.1 versus -11.7, respectively; P=0.0391), as well as in activity impairment at week 16 (-24.9 versus -8.6, respectively; P<0.0001) as evaluated by the Work Productivity and Activity Impairment (WPAI) questionnaire. (7)

“The burden of disease is similar in nr-axial SpA and AS, and effective suppression of inflammation results in a considerable improvement of pain, stiffness, function, and more general quality of life outcome parameters”, explains GO-AHEAD study author Professor Joachim Sieper, Consultant and Head Rheumatologist at the Charité University Hospital, Berlin. “Such a good effect on disease activity and quality of life was nicely shown in the current study of the TNF-blocker golimumab in nr-axSpA patients compared to the group of patients treated with placebo. These results in this early phase of axial spondyloarthritis were at least as good as in the more established ankylosing spondylitis in previous trials.”

Adverse events occurred in 41.0% and 47.0% of patients treated with SIMPONI® and placebo, respectively. There were no cases of serious infections, serious opportunistic infections, active tuberculosis, malignancies, serious systemic hypersensitivity reactions, or death during the placebo-controlled part of the study up to week 16. (2)