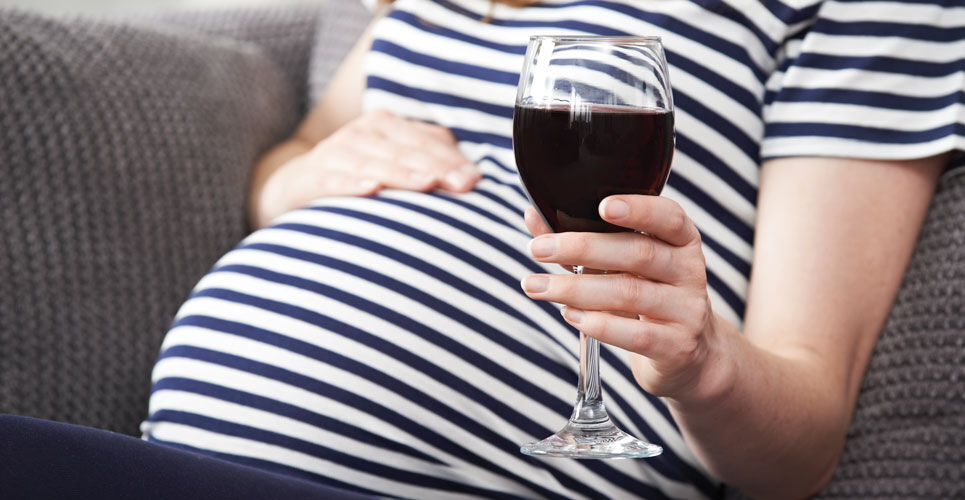 FASD is a common disorder that often is unrecognised and might present with one of many comorbid presentations. Recognition and management are the key to changing the trajectory of people’s lives

Fetal alcohol spectrum disorders (FASD) represent a range of body and brain conditions that are caused by consuming alcohol during pregnancy. First labelled and recognised in the English scientific journals by Smith and Jones as fetal alcohol syndrome (FAS), it later became understood and established that this condition had existed for a long time but had simply not been properly identified or labelled.1

Initial reports focused on some specific groups and very much on the physical presentation more than the neurological. For example, Smith and Jones reported on a case series from a first Nations population based around Seattle, Washington, USA. Earlier reports, in other journals, included a large case series from France identifying children who had physical and cognitive difficulties.1

It was only later that the spectrum of presentation began to be better understood and the physical stigma took less prominence. it became understood that the cognitive features have the greatest impact on behaviour and cause the lifelong difficulties.2

The facial features include short palpebral fissures, an elongated and thinner philtrum and a thin upper lip vermilion as core (Figure 1). Additionally, a small head size and flat midface were noted as discriminatory but the former being part of neurological domain and the latter not quantifiable at the time. Other features, such as micrognathia, upturned nasal flares and characteristic hand and ear presentations, were also noted but presented more inconsistently.

Whist the prevalence of FASD is relatively common, all these features seen together is rare. Most recent UK prevalence estimates suggest that FASD presents in 1.8–3.8% of the population3 but full FAS criteria might only be seen in around 2% of this group.4 Therefore, FAS represents not the most severe, but the most recognisable part of the spectrum.

It became evident that there were timing effects of alcohol exposure that led to the physical manifestations.5 Also, in the late 1970s and early 1980s, when much of this work was being undertaken, technology did not exist to allow accurate measurement of many of these features. More recent work and understanding has led, through computer technology and 3D camera analyses, to a better quantification of dysmorphology. Because these techniques use thousands of landmarks for accurate measurements, linked to mathematical computer algorithms and calculations, better recognition of the features is possible. Therefore, early established features such as a flat midface can now be measured and quantified whereas before it was only assessed subjectively.6

The recognition that there were a range of presentations related to different levels of alcohol exposure led to different criteria being established. In 1996, the Institute of Medicine developed a consensus statement to begin to consider this broader-spectrum presentation.7 The terms fetal alcohol syndrome with or without confirmed alcohol exposure, partial fetal alcohol syndrome, through to alcohol-related neurodevelopmental disorder or alcohol-related birth defect were created. These did not define severity, only how clear-cut or obvious the diagnostic presentation might be. The lack of consensus around thresholds for the cognitive domain has continued to cause differences and discussion within the FASD community, which is unresolved even now.

Different criteria such as the four-digit schedule from the University of Washington,8 the IOM criteria,9 DSM V,10 the Canadian FASD network,11 Australian guidance,12 and, most recently, the Scottish Intercollegiate Guidance Network (SIGN) review in 201913 have all established sets of criteria.

These differences have led some to question the diagnosis. However, it is important to note that there is broad agreement between all groups as to the core components of the presentation. It is the sensitivity and specificity of the cut-offs that continues to be debated. The threshold at which a disorder is labelled remains the core of ongoing debate. Since the Scottish government sponsored review and the SIGN 156 guidance document were created, the National Institute for Health and Care Excellence in England has adopted these recommendations as a whole and therefore going forward,14 SIGN guidance will be the approach taken. Therefore, diagnostic criteria in the UK are FASD with or without sentinel features.

If clinicians are focused primarily on the dysmorphic features, it is unlikely that most cases will be identified. The wider prevalence of those who have prenatal alcohol and significant cognitive demands, that is, FASD without dysmorphic symptoms, is relatively common.

The most recognisable features, as highlighted, are those that are physical. It is the invisible, however, that cause the greatest impact for the individual. It is the underlying damage to the neurological pathways that have the greatest impact on the individual’s ability to live a relatively normal life. Due to alcohol having numerous mechanistic and pathological effects, there is great variability between individuals, yet a characteristic profile can be seen.2

Neurologically, alcohol is known to cause damage to central brain structures which particularly have white matter involvement. For example, the corpus callosum, the white matter tract that connects the two hemispheres, is known to show deficits and impacts on left and right brain connectivity. Other central structures such as the hippocampus, amygdala, orbitofrontal cortex, cerebellum and interconnected structures are also known to be affected. This means that deficits in executive function, emotional regulation, social communication, memory and neural processing speed can be present.15

Furthermore, evidence would suggest that damage can be seen at a cellular level. One such example is that neural migration can be affected to the point that cells appear in the wrong position within the brain. This can lead to inefficient processing and greater effort to complete a task compared with non-affected individuals.15

Research evidence would suggest that due to the relative preservation of some areas of function, the impact of the prenatal alcohol and FASD can go unnoticed until challenges are presented. For example, there is a difference between emotional regulated situations and how the individual functions. This can be defined as hot and cold executive function problems. In essence, this means in a clinic setting where the individual has no emotional or external distractions, function can appear to be better than in scenarios where these wider effects are impinged upon, leading to a lower ability to complete tasks.16 It is important therefore that these are considered during clinical testing. Real-world function is as important as observation in order to understand the impact on the individual as well as their ongoing support needs.

Associated with these presentations are wider neurodevelopmental comorbidities. Because essentially this is a neurological condition affecting pathways that are affected in other diagnoses, such as autism and ADHD, these are conditions that are common comorbidities. The nature and degree of the neurological damage will define whether these conditions are also seen. In a general population study, the rates are variable. Yet, increasing evidence points towards those with the most severe presentations, also having the most affected neurological function and the greatest long-term issues.17 This also impacts on an understanding of the therapeutic interventions that can be directed to support these individuals

Because the neurological deficits seen with FASD are extensive, they cover broad areas. These include cognition, sensory processing, neurological deficits, communication and language, education, and adaptive behaviour. These therefore can be evaluated most easily if the assessment is completed by a multidisciplinary team (MDT).13 When considering the need to take account of the physical as well as the psychological features, teams can comprise a physician familiar with FASD and other associated conditions alongside psychologists, speech and language therapists and occupational therapists.13 Unfortunately, these professionals are not always available in many clinical practices.

Different availabilities of service provision and differing pathways offer different challenges. While an MDT may be gold standard, in the NHS at least, gold standard is not always possible. In some cases, approaches might need to be taken whereby one individual can collate a multidisciplinary assessment undertaken by differing professionals.

There are various ways of doing this. Genetic testing, for example, is an important exclusion factor in diagnosing FASD. Genetic conditions make up the most common presentation for neurodevelopmental problems and must therefore be ruled out.18 A geneticist can also identify dysmorphology and other possible physical manifestations.

There are questionnaires to assess communication, executive function, memory, adaptive behaviour as well as sensory and motor functioning. These can be used by individual clinicians to give indications of levels of deficit, without the need for multi-professional involvement, in less complex cases at least.

Evidence would suggest that these tests do not consider the same things as direct assessment19 but can be used to adequately provide insights into underlying function to support diagnostic processes.

Therefore, while all the criteria suggest an MDT is preferable, it is feasible for a single individual to pull together information from multidisciplinary sources. This is akin to general physicians using haematology, radiology and other pathological samples to come to a diagnostic conclusion alongside their own history and examination. This would allow more straightforward cases to be held locally by single practitioner, leaving the more complex cases for the more expensive and less available MDT. Here, where direct observation by a trained specialist, alongside these psychological measures become vital, the MDT is most needed, but resource is then used efficiently.

Numerous secondary disabilities have been linked to FASD. Due to FASD presenting with one of its many recognised comorbidities, it can often be a hidden presentation.20 When unrecognised, these secondary issues can have significant lifelong effects.

The classic study was completed in the early 2000s and carried out over 30 years.17 This identified that in people who were not identified early, then presented late to clinical services, poor secondary outcomes were common. These included 90% having mental health problems, over 50% experiencing some form of confinement during their life and over 50% having a disrupted school experience; 30% of the same group went on to have their own addictions.17

By identifying the individual early, a different trajectory can be created, thereby leading to better lives for these individuals. Interventions continue to develop. Interventions in the past were more generic, but as research continues, these interventions are directed more specifically at those with FASD.

Another factor that is increasingly being recognised is the importance of early recognition and intervention for an individual’s vulnerability associated with FASD to reduce the impact of abuse and neglect. Complex trauma models are increasingly being investigated; with this comes the understanding that psychological challenges overlay neurological functioning, which  cancan further impact on an individual’s behaviour and presentation. Even if the neurological deficits remain, understanding the person’s needs and not perpetuating extra trauma leads to a better quality of life overall.21,22

For example, several studies have suggested that by understanding the individual with FASD can help modify medical treatment pathways. One such was a consensus pathway for comorbid ADHD; this identified that routine approaches for ADHD might not always be appropriate. Based on the wider profile and comorbidity linked to the FASD, treatments would need to be changed to meet the individual’s needs.23

The same can be said for psychological interventions, where it is understood that due to underlying problems with emotional recognition and the underlying cognitive deficits, some emotion-focused approaches do not work as well as educational approaches designed to build on strengths and support teaching around the deficits.24 Several interventions have been created and continue to be developed. Parenting involvement is an area where there is great scope for immediate intervention that could have significant benefits. These are examples of specific interventions for FASD that are currently going through testing and clinical trials.

FASD is a common condition that presents often as an invisible disability. Because superficially, individuals can appear to function reasonably well and test reasonably well in clinical settings, this can belie an individual’s actual level of function when wider factors are borne in mind. Complex cognitive processing is often missed, leading to attributions of difficulty and blame which may be inappropriate. It is only by early recognition and bespoke individual intervention that change can be made.