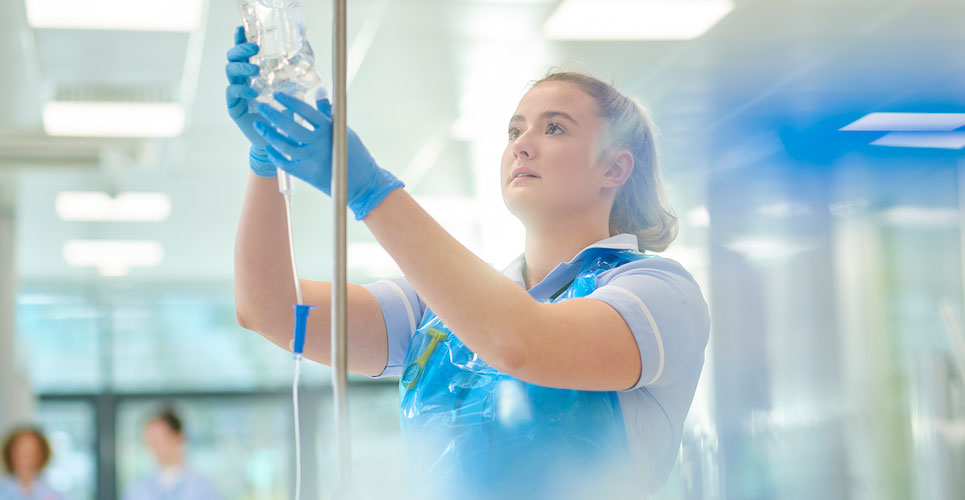 In critically ill patients the use balanced crystalloid solutions provided no 90-day mortality compared to with normal saline.

Intravenous fluids (IV) are used for intravascular volume replacement in critically ill patients and it has been estimated that every day, over 20% of patients within an intensive care setting receive fluid therapy. Fluid therapy is generally used for several different indications including impaired tissue perfusion, low cardiac output and abnormal vital signs, e.g., blood pressure, heart rate or urine output. The most commonly used IV fluid is saline solution (0.9% sodium chloride) although there is emerging evidence implying that the use of fluids other than saline in critically ill patients, may have a more favourable impact on mortality. Balanced IV fluids, for example, have been designed to reflect the composition of serum and may in fact have some advantages over saline. For example, one study in patients with sepsis, concluded that resuscitation with balanced fluids was associated with a lower risk of in-hospital mortality. In a 2018 study among critically ill adults, the use of a balanced crystalloid rather than saline, produced a lower rate of death compared to saline. In fact, a balanced solution has several other potential advantages, particularly in relations to adverse effects, since saline contains a higher concentration of chloride ions and has been associated with a hyperchloraemic metabolic acidosis and acute kidney injury.

However, the superiority of balanced IV fluids over saline is not always demonstrable, with one study finding that the use of a balanced crystalloid did not reduce the incidence of acute kidney injury compared to saline within an intensive care unit (ICU). In trying to provide much needed clarity, the Balanced Solution versus Saline in Intensive Care Study (BaSICS) by a Brazilian group of clinicians was undertaken to compare the effectiveness and safety of balanced crystalloids compared with saline in critically ill patients. The trial, undertaken at 75 intensive care units in Brazil, randomised patients admitted to an ICU to either saline or a balanced solution and the primary outcome was 90-day survival.

Findings
A total of 10,520 critically ill patients with a mean age of 61.1 years (44.2% female), were randomised to receive either balanced fluids or saline and patients in both groups received a median of 1.5 litres of fluid during the first day of enrolment. Of the whole cohort, 60.6% of patients had hypotension or vasopressor use and 44.3% required mechanical ventilation at enrolment. Within 90 days of enrolment, 26.4% of those assigned to balance fluids died compared to 27.2% given saline (adjusted hazard ratio, aHR = 0.97, 95% CI 0.90 – 1.05, p = 0.47). The authors concluded that despite the potential advantages of balanced crystalloids over saline, there were no apparent mortality benefits.