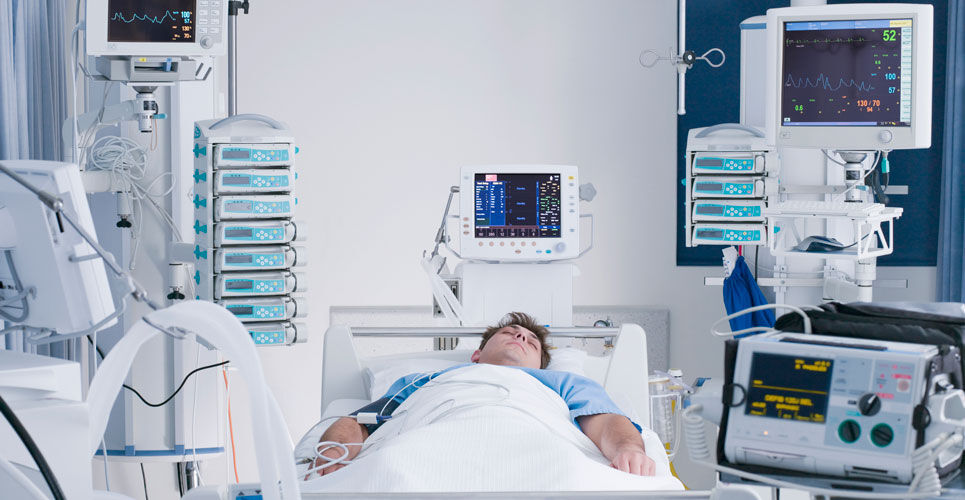 Intravenous (IV) fluid restriction for patients admitted to an intensive care (ICU) unit with septic shock does not negatively impact on 90-day mortality compared to standard intravenous fluid therapy. This was the conclusion of a large, randomised trial by researchers in the CLASSIC group.

Sepsis has been defined by the World Health Organisation as a syndromic response to infection and often a final, common pathway leading to death. Sepsis is a major cause of mortality and in 2017, 48·9 million cases of sepsis were recorded across the globe and there were11·0 million sepsis-related deaths, representing 19·7% of all global deaths. The term ‘septic shock’ is described as a subset of sepsis in which particularly profound circulatory, cellular, and metabolic abnormalities occur and which are associated with a greater risk of mortality than with sepsis alone.

The use of large volume fluid resuscitation has been seen as the cornerstone of treatment for patients with septic shock and the surviving sepsis campaign guidelines strongly recommend rapid administration of a minimum of 30 mL/kg crystalloid solution intravenously in all patients with elevated blood lactate levels. Nevertheless, it is also acknowledged in the guideline that there is no credible evidence to support this recommendation. In fact, a 2020 systematic review comparing IV fluid restriction or higher fluid volumes, concluded that there was very little quality evidence supporting the decision on the volumes of IV fluid therapy in adults with sepsis.

So would it be harmful to restrict IV fluids in patients with septic shock? This was the key question posed by the Conservative versus Liberal Approach to Fluid Therapy of Septic Shock in Intensive Care (CLASSIC) trial. It was established to evaluate the effects of IV fluid restriction on mortality and other relevant outcomes in adult patients with septic shock admitted to an ICU. For the trial, patients with septic shock, defined as a suspected or confirmed infection and a plasma lactate level of 2 mmol/L or higher and who had already received at least one litre of IV fluids within the previous 24 hours were enrolled. Participants were randomised 1:1 to either restrictive IV fluids or standard IV therapy during their ICU stay. For the IV fluid restriction group, further fluids were only permitted under certain specified conditions e.g., if patient had severe hypo-perfusion, to replace documented losses e.g. gastrointestinal or drain losses, to correct dehydration or finally, to ensure a total fluid intake of 1 litre. In contrast, there were no restrictions on the amount of fluids that could be given to patients in the standard fluid group. The primary outcome of interest was death within 90-days of randomisation whereas secondary outcomes related to the number of patients with one or more serious adverse events.

A total of 1,545 patients were randomised to either restrictive fluids (median age 71 years, 59.9% male) or standard fluid therapy and during the study period, patients in both groups remained in the ICU for a median of 5 days.

The median fluid cumulative volume was 1798 ml in the restricted fluid group compared to 3811 ml in the standard group.

In terms of safety, there were one or more adverse events in 29.4% of those in the restricted fluid group and 30.8% in the standard fluid group. In addition, at day 90, the number of patients alive and without life support, days alive and out of hospital were similar between the two groups.

The authors concluded that among adults with septic shock in an ICU, there were no mortality differences for those with IV fluid restriction compared to patients receiving standard IV fluid therapy.