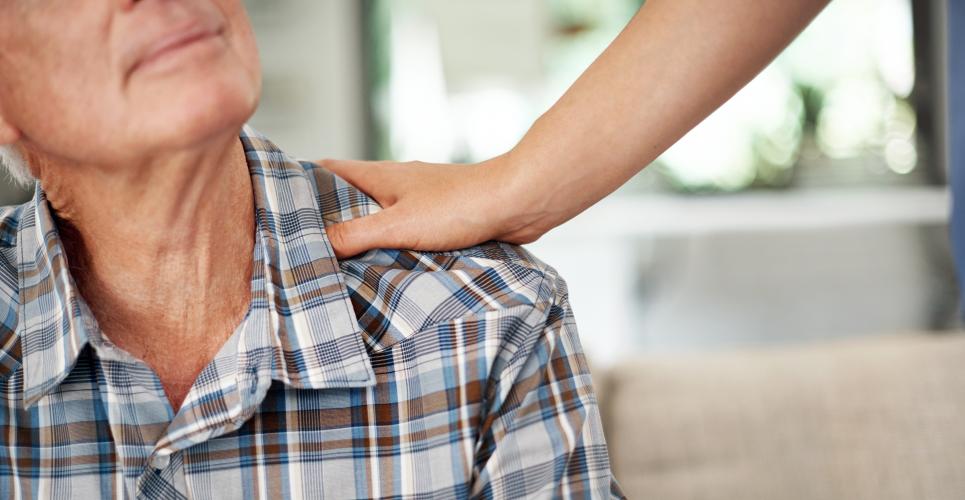 by devsupport
Published on 6 June 2019

Opioid analgesics were associated with a 30% increase in the risk of pneumonia in persons with Alzheimer’s disease, a recent study from the University of Eastern Finland shows.
The risk was most pronounced in the first two months of use. This is the first study to investigate the association between opioids and pneumonia in this population. The results were published in the Journal of Alzheimer’s Disease.1
The risk of pneumonia was highest among those using strong opioids, such as oxycodone or fentanyl, but the risk was also increased among those using buprenorphine, tramadol or codeine. Persons with active cancer were excluded from the study, and other diseases and drug use were accounted for in the analyses. Opioids impair the cough reflex and respiratory functions and cause sedation, possibly underlying the increased risk for pneumonia.
Pneumonia is a severe but relatively common complication among persons with Alzheimer’s disease, and often leads to hospitalisation and even death. Opioids are important in the treatment of severe acute pain, but treatment should be initiated at a low dose and regularly assessed for both benefit and harm. The diagnosis and assessment of pain is challenging among persons with Alzheimer’s disease due to problems in communication.
The study is part of the MEDALZ cohort, which included 5623 persons with Alzheimer’s disease diagnosed in Finland during 2010-2011. Each person initiating opioid use was matched with a comparison person with Alzheimer’s disease who did not initiate opioid use but had the same age, gender and year of Alzheimer’s diagnosis. Data for the study were derived from Finnish nationwide registers.

Be in the know
Subscribe to Hospital Pharmacy Europe newsletter and magazine
Subscribe
Share this story:
RELATED ARTICLES
Is there a role for transdermal granisetron in CINV?
Merck Serono announces PHASE III START trial results in the Lancet
Fracture incidence a third lower in elderly with high dairy intake
Prostate cancer drug probed by FDA
Hospital pharmacy in Israel: an overview