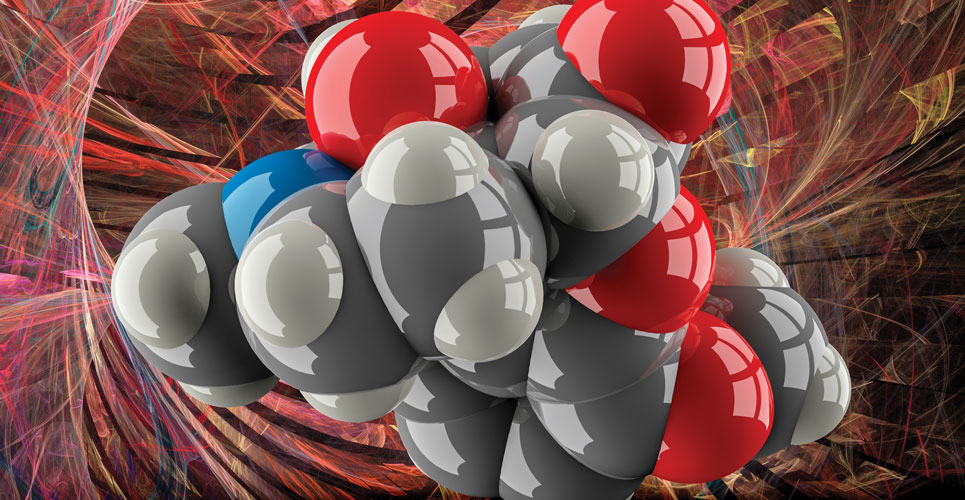 The use of automated dispensing cabinets in hospital wards has had proven benefits on patient care and medication safety, and this article evaluates if those benefits can be replicated in a hospital pharmacy

Controlled drug medicines must be stored securely and their use requires chronological detailed records in a controlled drug register.1,2 Challenges with management of controlled drugs in a hospital pharmacy include time-intensive mandatory record keeping processes and physical reconciliation of stock, often further compounded by inadequate storage facilities and capacity.

UK hospital pharmacies have sought to increase the  use of robotics, and while there are limited published data on quantitative outcomes, the consensus is that they have provided benefits through a reduction in dispensing errors and improvements in dispensing efficiency.3,4 However, robotics systems have not been used for controlled drugs due to difficulties in complying with legislative storage and record keeping requirements, thus leaving controlled drugs to be managed through traditional lock and key cupboards and paper ledgers for documentation.

Automated dispensing cabinets (ADCs) utilise technology to increase efficiencies and effectiveness on hospital wards and reduce the rate and risk of adverse drug events.5,6 ADCs have been widely implemented in UK hospital wards but not in pharmacies. ADCs are computerised storage cabinets, which integrate with hospital systems, utilising biometric technology eliminating the requirements for keys. Configuration of the ADC allows separation of medicines that look alike and sound alike, thus minimising the risk of medication selection errors.

There is extensive literature on medication errors, defined as any preventable event that may lead to an inappropriate medication use or patient harm.7 The use of automated systems has improved the processes for using medication safely. The Institute for Safe Medicines Practice has stated that the automation of medicines management processes is a high-powered risk minimisation strategy in enhancing medication safety.8 There are many reports on the benefits of ADCs in ward settings and their impact on reducing medicine administration errors, omission of medicines and medicine storage errors in addition to increasing resource management efficiency.7,9

However, there is little information in the literature on using automated dispensing systems for the management of controlled drugs in a pharmacy setting.

Belfast Health and Social Care Trust (BHSCT) is the largest health and social care trust in the UK. It provides the majority of regional specialist services and its hospitals are the major teaching and training hospitals for Northern Ireland. Within the Royal Victoria Hospital pharmacy department, controlled drug medicines were stored in a small controlled drug strong room on open shelving in alphabetical order. Over 80 paper controlled drug registers were in use at any time. There had been a 20% increase in controlled drug dispensing activity in the five-year period from 2013 to 2018. Additionally, the Carter Report recommended that hospital pharmacies should have a 15-day stock holding of medicines.10 This placed an enormous pressure on storage capacity and adversely affected working conditions within the strong room. The high volume of work processed led to an increase in errors including medicine mis-selection, documentation and stock control all of which contributed to heightened staff anxieties when assigned to controlled drug tasks.

The project sought to establish if an ADC in the pharmacy could improve medicines safety, release efficiencies and improve the experience of staff delivering the service. This was the first time an ADC had been installed in a pharmacy in Northern Ireland.

A number of baseline measurements of controlled drug activities were completed to define the aims of the project. Observation of workflow patterns revealed that in addition to core dispensing and supply activities, a significant amount of time each day was required by staff to verify and correct controlled drug registers. These observations led to the development of a driver diagram (Figure 1).

The project hypothesis was that the installation of an ADC would see a reduction in controlled drug errors along with a decrease in dispensing times, which would be achieved by reconfiguring process steps. The dispensary manager and controlled drug technicians took part in a focus group workshop to scope and design new workflows using an ADC. The workshop was crucial to the success of the project and ensured that the core dispensary team were engaged with the improvement process. An intensive training plan was developed; key personnel were nominated as super-users and received additional specific training commensurate with that role. The project team were mindful that change management was critical to obtaining a successful outcome and that challenges with a project such as this may be behavioural rather than technical.12 In total, 131 staff had received training on the ADC by the time of project Go-Live.

A seven-cell Omnicell® automated dispensing cabinet was installed in the pharmacy department in November 2019.

The average time to dispense a controlled drug medicine was 6 minutes and 18 seconds.

There are two distinct dispensing processes for controlled drugs within the pharmacy: items required for ward stock replenishment (typical supply is an original pack); and supply for discharge prescriptions, which must be the exact quantity for seven days as per regional policy.

Analysis of the individual dispensing steps found that 43% of the total time was required to complete the controlled drug register entry and verify stock balance.

Three weeks after implementation of the ADC, dispensing data were collated for 76 items over a two-week period, equivalent to approximately 25% of the weekly workload. To replicate the pre-ADC data collection, a similar proportion of ward stock and prescription items dispensed was observed.

The number of discrete steps in the dispensing process had reduced from five to four. That is:

The impact on dispensing process times was immediate, with the average time taken to dispense a controlled drug item of 2 minutes and 41 seconds (a reduction of 57%).

The SPC I-chart for dispensing a ward stock item (Figure 2) shows a level of instability and variation in dispensing times in phase 1; however, no rules for special cause variation were observed. In phase 2, there was one data point above the upper control limit, which could have been operator-related, possibly attributed to using the new system. There were 15 consecutive data points close to the centre line suggesting that the improvement in the mean dispensing times was not by chance.

Review of the SPC I-chart for prescription dispensing times (Figure 3) found that in phase 1, although dispensing times were longer there was less variability between data points. In phase 2, although the mean dispensing time had reduced, none of the rules for special cause variation could be applied, possibly due to the smaller sample size.

A Mann–Whitney test was performed on the dispensing times and resulted in a p-value <0.00001, suggesting that the elimination of the paper controlled drug register is significant in terms of efficiency gains.

Further analysis of the dispensing steps using the ADC found on average 36 seconds per transaction was saved during the selection and assembly phase.This can be attributed to ADC technology, which uses a series of guiding lights to direct the dispenser to the required bin location.

The primary objective of this project was medication safety and therefore patient safety; the layout of the ADC was enhanced to optimise risk minimisation strategies, this included configuring all controlled drug items to individual bins or zones. The RVH Pharmacy ADC system was the first in the UK to implement this design approach.

In the three-week period prior to installation of the ADC, an error-recording log was designed to record controlled drug-related errors including documentation, issuing or selection errors. An error rate of 24 errors per 1000 items dispensed was calculated; analysis of the errors recorded found that 82% were attributed to documentation, subtraction errors in running balance or omitted entries. It took 135 minutes to correct the documentation errors.

In the three-week period immediately following implementation of the ADC, the electronic controlled drug register was reviewed and an error rate of 9 errors per 1000 items dispensed was calculated. The errors recorded were categorised as operational, for example, wrong quantity selected on pharmacy dispensing system or counting errors. These errors were communicated to the team and operating protocols were revised to ensure staff were clear on management of procedural issues. The interface between the pharmacy dispensing system and electronic controlled drug register eliminated previously noted documentation errors.

The BHSCT extended hours seven-day pharmacy service is delivered by the RVH Pharmacy department with staff from four pharmacy departments contributing to the weekend and evening rotas. Prior to the implementation of the ADC staff reported that controlled drug tasks were difficult and stressful particularly at weekends. Contributing factors were a high volume workload, and range and complexity of controlled drug dispensing, which led to documentation and discrepancy errors. There was staff dissatisfaction with the manual dispensing process and recognition of the potential risk of picking the wrong injection, including incorrect ampoule size or strength. All of these factors influenced the department’s ability to achieve key performance targets for dispensing times.

Following implementation of the ADC, staff reported liking the layout of the cabinet, noting it was easy to use and felt safer as every item had a specific location within the cabinet. There was huge satisfaction that paper registers were no longer required. Staff perceptions were that the ADC enables them to perform their duties more safely; this is reflected in similar studies among staff using an ADC at ward level.13 The implementation of the ADC and associated workflow helps staff to complete dispensing processes accurately and safely eliminate documentation errors.

Implementation of a large-scale automation project such as this requires significant financial investment. Efficiencies achieved from streamlining the dispensing processes and utilising an electronic controlled drug register has a wider impact on patient care. The improved turnaround times for dispensing stock requisitions reduces the risk of omitted doses of critical medicines at ward level. Prescriptions are dispensed more efficiently ensuring the successful discharge of patients, which, in turn, helps the smooth admission of the next patient.

Approximately 1200 controlled drug items are dispensed each month in RVH Pharmacy; thus the ADC is contributing to dispensing time savings of 67.3 hours per month, an equivalent of 808 hours per year. Utilisation of this resource will allow the release of staff to other duties including patient facing roles.

This project has demonstrated the safety and effectiveness of an ADC in managing controlled drugs in a hospital pharmacy. A training programme will be developed for junior staff who would not have previously undertaken controlled drug duties to build contingency and stability into the pharmacy workforce.

Future developments will focus on linking ward-based ADCs with the pharmacy ADC to further enhance the efficiency of controlled drug workflow between ward and pharmacy. BHSCT plans to install controlled drug ADCs in all its hospital pharmacies.

Acknowledgements We thank L McKee and T Cameron for participating in the focus group for controlled drugs workflow.