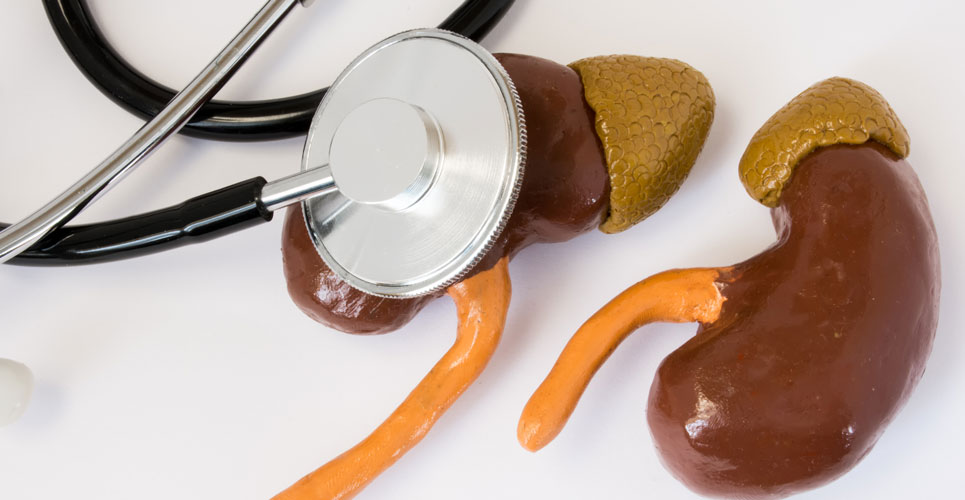 In patients with chronic kidney disease, dapagliflozin produced a mortality benefit and EU approval in those with and without type 2 diabetes.

The UK Kidney Association defines chronic kidney disease (CKD) as characterised by abnormalities of kidney function or structure and which are present for more than 3 months. This definition will include those with an estimated glomerular filtration rate (eGFR) of less than 60 ml/min/1.73m squared on at least two occasions, 90 days part. Left untreated, chronic kidney disease is a major cause of kidney failure, leading to around one million deaths per year. Moreover, figures compiled by Kidney Care UK, suggest that around 3 million people in the UK have CKD and that between 40 and 45,000 premature deaths occur every use in the UK due to CKD. Globally, it is thought that there are around 840 million people with CKD, acute kidney injury and renal replacement therapy.

There are several recognised causes of kidney disease with the top two being hypertension and diabetes, followed by glomerulonephritis, in which damage occurs to the glomeruli, although the condition is usually asymptomatic and only revealed upon testing. The only treatments capable of slowing a reduction in kidney function are angiotensin-converting-enzyme inhibitors (ACEi) and angiotensin-receptor blockers (ARBs). Now, a European license extension has been granted to manufacturer, AstraZeneca, for the use of its drug, dapagliflozin (brand name Forxiga), in the treatment of patients with chronic kidney disease, with or without diabetes. Dapagliflozin is a sodium-glucose co-transporter 2 inhibitor and which is indicated for the management of type 2 diabetes as an adjunct to diet and exercise, either alone or in combination with other diabetic treatments. It is also licensed in patients with symptomatic chronic heart failure with a reduced ejection fraction.

The license extension was granted based on the findings of the DAPA-CKD phase III trial. This was an international, multi-centre, randomised, double-blind, placebo-controlled study in adults with and without type 2 diabetes and who had stage 2 to 4 (i.e., eGFR 25 to 75 ml/min/1.73m squared) CKD. A total of 4,304 patients were randomised to either dapagliflozin 10 mg or matching placebo and the primary outcome was a composite of a sustained decline in eGFR of at least 50%, end-stage kidney disease (i.e., stage 5) or death from either renal or cardiovascular causes. The study was terminated early after only 2.4 years when the primary outcome had occurred in 9.2% of those taking dapagliflozin and 14.5% in the placebo arm, giving a hazard ratio, HR, of 0.61 (95% CI 0.51 – 0.72, p < 0.001). There was also a significant mortality difference between both groups (HR = 0.69, 95% CI 0.53 – 0.88, p = 0.004) and the effect of taking dapagliflozin was similar in patients with and without type 2 diabetes.