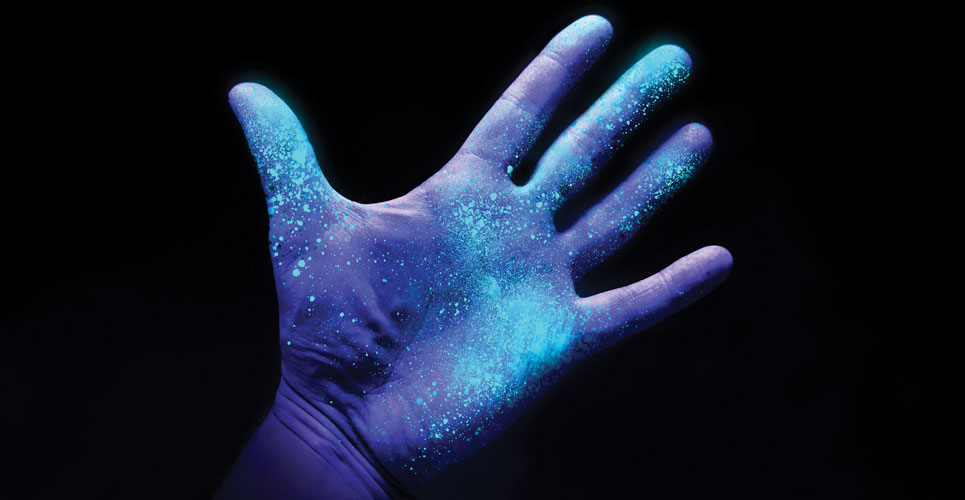 Only 26% of hospitals that responded to the ASHP 2017 national survey tested their facilities for hazardous drug (HD) residues in the previous 12 months, according to Dr Michael Ganio (Senior Director, Pharmacy Practice and Quality, ASHP) speaking at a BD satellite symposium. Currently the United States Pharmacopeia, chapter 800 (‘USP 800’) recommends  that surface monitoring for hazardous drug residues should be performed routinely, at least every six months, he continued. A consensus conference in September 2020 – Safe to Touch – had drawn up standards and statements to provide guidance for those in the field. The results should be published shortly. (See https://safetotouch.uic.edu.)

Monitoring of surface contamination for the presence of hazardous drugs in patient care areas is a topic that has been somewhat overlooked in the past. Dr Martha Polovich (Adjunct Assistant Professor, Georgia State University, Atlanta, US) described why this is important and what should be done. Occupational exposure to hazardous drugs is damaging for healthcare workers (HCWs)and it continues to occur, despite 35 years of effort to prevent it. The adverse effects, including genotoxicity, carcinogenesis and reproductive toxicity are well-documented. There is also ample evidence of exposure – more than 100 studies have been published since 1992, said Dr Polovich. HDs have been detected in urine of HCWs, on drug vial surfaces and on workplace surfaces.

One critical question was, ‘How much is harmful?’ A threshold level of 0.1ng/cm2 has been recommended by some experts. When median levels of HD contamination are 0.01ng/cm2 or less there are no detectable levels in the urine of workers, said Dr Polovich.

Surface contamination is an exposure risk. Some studies had shown that ‘innocent bystanders’ including ward clerks, workers who had not been involved in spill clean-ups and caregivers of patients receiving HDs had all been found to have HDs in their urine. Moreover, HDs are not used exclusively in oncology, they are also found in many other specialties. In fact, one survey had reported finding HDs in all departments. In the US, HDs are commonly found in physicians’ offices and there are many organisations where surface wipe sampling is never likely to be implemented, said Dr Polovich.

Surface testing for HDs is rarely undertaken in nursing departments and managers often take the view that ‘my staff are careful’ and therefore testing is unnecessary, but careful handling does not eliminate the risks of vial contamination and equipment failure.

A surface sampling plan needs to be site specific and designed to match the type of work undertaken and equipment used –“Practices and set-ups vary a lot”, noted Dr Polovich. One study had found that all four bar code scanners in use in a treatment area were contaminated with HDs.

There are only two ways to reduce environmental HD contamination, namely, reducing the contamination generated and removing that which occurs. ‘No contamination’ is an unrealistic goal and the ALARA principle should be applied, that is ‘as low as reasonably achievable’ advised Dr Polovich.

Finally, test results should not simply be filed but should be used to focus efforts directed towards prevention and decontamination and to identify opportunities for reducing exposure.

Surface monitoring for HDs should be as routine as imaging staff wearing radiation badges, according to Patricia Kienle (Director, Accreditation and Medication Safety, Cardinal Health, Pennsylvania). She recommended that baseline measurements should always be made if possible rather than waiting until a problem was suspected. Testing can be done using services that test for  either a group or for individual antineoplastic drugs. Departments could use either approach or a mixture of the two, taking into account the time taken to get results and their needs for qualitative or quantitative measures. Qualitative tests are particularly useful for training purposes, said Ms Kienle.

It is important to have a plan to deal with the situation when contamination is found and to be aware that decontamination involves more than simply cleaning. Using the most appropriate products for decontamination is also critical – bleach or oxidising agents are appropriate for floors and walls but not for intravenous pumps, said Ms Kienle. One centralised pump facility found that when returned for cleaning all of its pumps were contaminated with HDs, she noted. Ready-to-use cleansing products are particularly useful. Meeting with colleagues such as those responsible for risk management and occupational health is also an important part of the overall process. Ms Kienle’s final advice was, “If you are sending vials of HDs to clinical areas, go and find out how they are using them”.

A serious compounding error, that occurred when a gravimetric IV validation procedure was in use, prompted a detailed analysis of how the seemingly failsafe procedure had gone wrong. Ryan Naseman Sr (Director of Acute Care Pharmacy Services, University of Kentucky Healthcare) and Ben Lopez (Director, Pharmacy Operations, The Ohio State University Wexner Medical Center) described how the episode unfolded and how two patients were harmed as a result.

A number of systems have been used to augment manual processes for preparing and verifying compounded sterile preparations. This is particularly important when doses of antineoplastic agents are prepared. Currently, many units that prepare antineoplastic doses use both barcode identification and gravimetric checks. Automated IV workflow management systems in which the gravimetric device software is interfaced with the compounding software, have been designed to alert the operator to errors, so that mistakes can be identified and, if possible, corrected before a product leaves the preparation area.

The Ohio State University Cancer Center is a purpose-built cancer centre with 356 inpatient beds and 175 oncology infusion chairs. It handles approximately 6000 infusions visits per month in six ambulatory oncology infusion clinics. The incident in question involved two patients attending the breast cancer centre. For this department, all HD infusions are compounded either using a compounding robot with ingredient scan and gravimetrics (600 doses per month) or manual preparation with in-hood ingredient scan and gravimetrics (500 doses per month). These systems have been in use since 2015. Closed system transfer devices (CSTDs) have been used for both preparation and administration for more than ten years. A next-generation CSTD had recently been introduced and pharmacy and nursing staff were trained before the ‘Go-Live’ date.

Subsequently, on one day two patients each received one dose of docetaxel that had been compounded incorrectly resulting in overdoses of approximately 20%. Both errors resulted in patient harm and one patient was admitted for fluids and observation. The compounding record showed that procedures had been correctly followed and the doses had been checked and released by a pharmacist.

When compounding a product with the gravimetric checking process the technician scans the components, weighs the empty container, compounds the injection and weighs final preparation. If at this stage there is a discrepancy a warning message appears. In the case of an underdose, the message will indicate the additional volume that should be added to make up the required dose. A careful investigation showed that when the empty container was weighed initially, the CSTD was attached with its cap in place. When the compounded product was weighed, the cap had not been reattached. The apparent underweight triggered an automatic message prompting the technician to add more drug.

This event had forced the managers to re-evaluate their approach to the introduction of new products and to place a greater emphasis on human factors. One of the key findings in their analysis was that there had been an over-reliance on the technology. It emerged that the staff did not really understand how the gravimetric process worked and that the direction to add more drug to correct the error was not questioned. They also noted that there were no clear expectations about how to deal with an ‘under dose’ warning. Reflecting on how the situation was prevented from becoming any worse, they said that, in fact, the technician stopped the procedure when the warning appeared for the third time and the prevailing safety culture meant that there was a rapid detailed communication with all parties including the hospital management team.