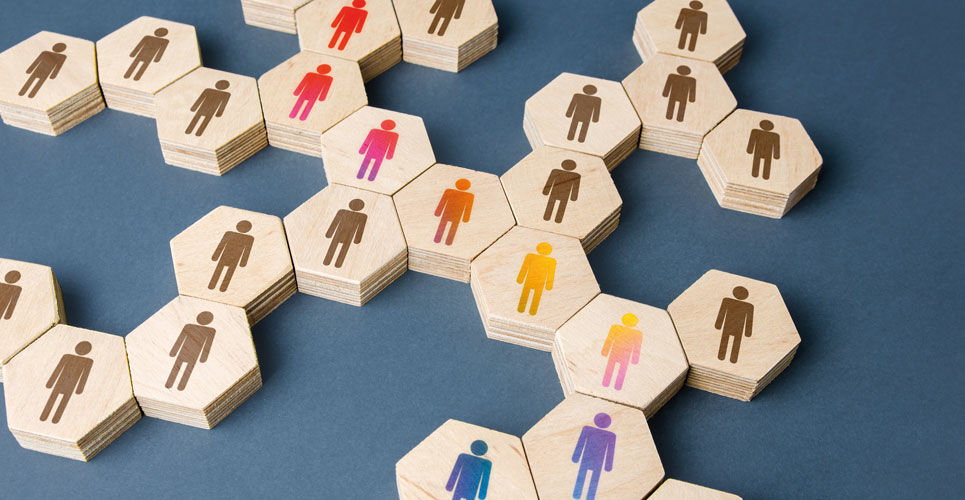 Share this story:
RELATED ARTICLES
Optimising medication adherence: health literacy and the role of the hospital pharmacist
Antibiotic use and resistance in hospitals: time-series analysis strategy for determining and prioritising interventions
Case study: how our hospital is tackling antimicrobial resistance
The role of pharmacy in optimising physical health in individuals with severe mental illness
The role of the pharmacist in antimicrobial stewardship

Pharmacy united in the recovery of healthcare

Pharmacists from around the world gathered in Seville for the 80th FIP World Congress of Pharmacy and Pharmaceutical Sciences. Key topics included antimicrobial stewardship, mental health challenges and health literacy

FIP has had a long-standing commitment to combatting antimicrobial resistance (AMR) and antimicrobial stewardship (AMS) is one of the organisation’s key development goals. Launching a session devoted to global, regional and national perspectives on AMR, Manjiri Gharat (Chair, FIP AMR commission) traced the history of FIP initiatives from 2015 when the first report1 was published to the launch of the FIP Commission on AMR. During the session, representatives from all regions of the globe presented examples of activities related to antimicrobial resistance and antimicrobial stewardship.

Victoria Rutter (Executive Director, Commonwealth Pharmacists Association (CPA)) described how the CPA aims to develop the pharmacy workforce and build capacity through education and training. Commonwealth Partnerships for Antimicrobial Stewardship, funded by the Fleming Fund, have been developed and managed by the Commonwealth Pharmacists Association and the Tropical Health and Education Trust (THET). These have leveraged the expertise, particularly in pharmacy, of UK health institutions, volunteers and technical experts to strengthen the capacity of the national health workforce and institutions in four Commonwealth countries in Africa. A poster presented by Anja St Clair Jones2 described how 42 multidisciplinary health care workers in Zambia had been had trained in AMS through one of these projects. The Brighton-Lusaka Health Link (BLHL) drew on expertise from Brighton and Sussex hospitals and medical school to develop and pilot a hub and spoke model to enhance AMS in tertiary hospitals in Zambia. The results showed that AMS knowledge and awareness improved and AMS practice was enhanced.

Saed Nuh (Ministry of Health Development, Somaliland) highlighted a number of initiatives in Somaliland including steps to enhance the national capacity to tackle substandard and falsified medicines.

Dr Khalid Eljaaly (King Abdulaziz University, Saudi Arabia) described how a prescription-only dispensing policy had been introduced in Saudi Arabia to combat inappropriate self-medication with antibiotics. After the new policy had been implemented, there was a fall of about 10% in the overall number of antibiotic doses issued. However, usage quickly increased to pre-policy levels and this was because doctors had started to prescribe antibiotics. He concluded that the supply of antimicrobial agents without a prescription should be prohibited and that measures to aid effective implementation of prescription-only regulations are necessary.

A project in Lebanon involved pharmacist-led education about AMR to junior and senior schoolchildren on the basis that this could stimulate AMR awareness at an early age and children could influence parents’ behaviour. Evaluations before and after the intervention showed that there had been
a significant increase in knowledge about AMR amongst participants, Dr.Dalal Hammoudi (Lebanese International University) told the audience.

In the Western Pacific region antimicrobial guidelines are available but compliance tends to be poor, according to John Bell (University of Technology Sydney and Chair, Australian Self Care Alliance). In Malaysia and Fiji, antibiotics are prescription-only items but GP prescriptions are commonly dispensed without pharmacist oversight. In The Philippines “no prescription, no dispensing” is the rule but some antibiotics are still issued by dispensing doctors. The Australian Commission on Safety and Quality in Health Care (ACSQHC) recently issued its fourth report on antimicrobial use and resistance in human health and has also devised an Australian Priority Antimicrobials list and “Antibiotic Prescribing in Primary Care: summary table”.

According to Mr Bell’s analysis, some of the problems arise because antibiotics are relatively cheap compared with other treatments and consumer perspectives need to be shifted. Objective tests such as point of care testing for C-reactive protein could help to change attitudes, he suggested. The following general measures are also required:

A rapid living review of acute bacterial co-infections in COVID-19 included 28 studies and 3448 patients. The results showed that 3.5% of patients had co-infections at the time of presentation, 15.5% developed secondary infections after presentation and a total of 71.3% received antibiotics. Overall, there was an 18% reduction in community antibiotic consumption in the EU/EEA in 2020 and this was attributed to changes in health-seeking behaviour. In addition, surveillance and stewardship activities were deprioritised during the pandemic and AMR rose as a result.

During the discussion, Professor Philip Howard (NHS England, North East and Yorkshire) described how an antibiotic prescription checklist had been piloted in 66 community pharmacies. The checklist included several questions to ask the patient, and an assessment of whether the prescription followed current guidelines. More than 70% of community pharmacists who took part in the pilot said that they would continue to use the checklist. The next stage of the project involves a roll out to 11,000 pharmacies for one year. Accompanying leaflets for patients have been developed and also digital versions of the documentation. Professor Howard said that he was keen to see the project rolled out globally next.

The role of pharmacy teams in suicide prevention was first mentioned in the literature some 50 years ago and may be a commonly-overlooked resource, according to Dr Hayley Gorton (Senior Lecturer in Pharmacy Practice, University of Huddersfield, UK). Worldwide, more than 700,000 people die by suicide annually and the WHO has set a target to reduce suicides by one third by 2030. In England and Wales, there were 10.7 suicides per 100,000 people in 2021, the majority (75%) were male and poisoning was the second most common method (after hanging), she continued. There are more than 11,600 community pharmacies in England and Wales and 89% of people live with in a 20-minute walk of a pharmacy. In addition, pharmacy teams often know and recognise their patients and have consultation rooms where private discussion can take place. All these factors make community pharmacies particularly useful contact points for people who are contemplating suicide, said Dr Gorton.

Research conducted by her team3,4 showed that about 11% of pharmacists had prior training in suicide prevention and some 70% thought that they had already interacted with at least one patient about suicide. In one case a patient had come to the pharmacy after a suicide attempt because he felt it was a safe place, she noted. Pharmacists have also had more dramatic experiences – one patient had telephoned for information about co-codamol tablets and it emerged that she had taken an overdose. After discussion, the pharmacist called for an ambulance. Another pharmacist reported witnessing a lady cutting her wrist and bleeding profusely. In this case, the pharmacist helped to stem the bleeding and called for an ambulance.

Often people who are thinking about suicide are referred to their GPs but the advantage of pharmacies is that they are open when GP surgeries are not, emphasised Dr Gorton. In this situation short-term prescriptions for antidepressants are sometimes issued. “What a missed opportunity! If only the doctor had told the pharmacist….” then ongoing support could have been offered, she added.

Community pharmacy teams commonly identify training in suicide prevention as one of their key needs and Dr Gorton said that some 72,000 patient-facing community pharmacy staff had already completed the Zero Suicide Alliance training.

In September 2022, the National Institute for Health and Care Excellence (NICE) had issued guidance5 on self-harm and this emphasises the role of the community pharmacy team both in controlling medicines access and in performing a social, holistic and clinical role.

Worldwide, a number of pharmacists are working in the area of suicide prevention. The majority of the work comes from Canada, Australia, USA and Japan, although 77% of reported suicides occur in low- and middle-income countries (LMICs) and this remains a challenge, said Dr Gorton. Currently, a member of her team is investigating the situation in Nigeria.

“Health literacy impacts self-care and outcomes much more than we think, according to Parisa Aslani (Professor of Medicines Use Optimisation, University of Sydney, Australia). It is informed by individual skills and ability but also by the complexity of the environment, she continued.

It is estimated that some 60% of Australians have poor health literacy and would have difficulty going in to a pharmacy and finding a box of paracetamol. Improving health literacy improves the ability to undertake self-care and self-management of minor ailments. “It is more than just knowledge” said Professor Aslani.

Health literacy has been defined as “The degree to which individuals have the capacity to obtain, process, and understand basic health information and services needed to make appropriate health decisions.” Without some proficiency in health literacy, it is difficult to undertake effective self-care.

People with poor health literacy have poor understanding of what to do and where to obtain medicines and services; communications are generally poor and interactions with health care professionals tend to be largely passive. “They ask few questions. They have difficulties with self-management with medicines and devices. One of the biggest issues is inability to participate in preventive measures. They also have poor adherence. Of course, people with high health literacy also have poor adherence sometimes but this is intentional”, said Professor Aslani

The effective use of over-the-counter (OTC) medicines depends on recognition of symptoms and then making the decision to self-manage rather than consulting a doctor. The next steps – that is, selecting treatment, evaluating safety and duration of treatment – are all impacted by the individual’s health literacy and there are a number of steps at which a pharmacist can intervene and support the patient, she explained. Both spoken and written information should be provided but it is important to take patient-centred approach and tailor the information to match the level of health literacy of the individual so that they are able to understand and apply it.

Behavioural science offers a wide range of tools that can help pharmacists to have more effective interactions with patients, Rob Horne (Professor of Behavioural Science, University College, London) told the audience. Taking pain management as an example, he said that understanding the individual was critical – and many patients would have a fear of addiction at the back of their minds. Asking the question, “What would you like to get from this [treatment]?” was a remarkably effective way to establish good communication, he said. Another simple measure is to change the way you introduce yourself – “Hi I am your pharmacist – I’m looking after your medicines …. Instead of “Have you had these before?”, he said.

Thorrun Govind (community pharmacist, UK) emphasised the potential problems in this area. For many patients there is a stigma regarding use of pain medications – especially if they do not work. Patients often do not want the prescriber to know, she said. The problems for community pharmacists can be compounded by the lack of suitable referral pathways and the fact that patients do not always understand why the pharmacist is asking questions. From the professional point of view, “we want pharmacists to be out front, independently prescribing”, she said. Community pharmacists also need access to the full medical record both to read and to enter data such as records of flu vaccination, she added.