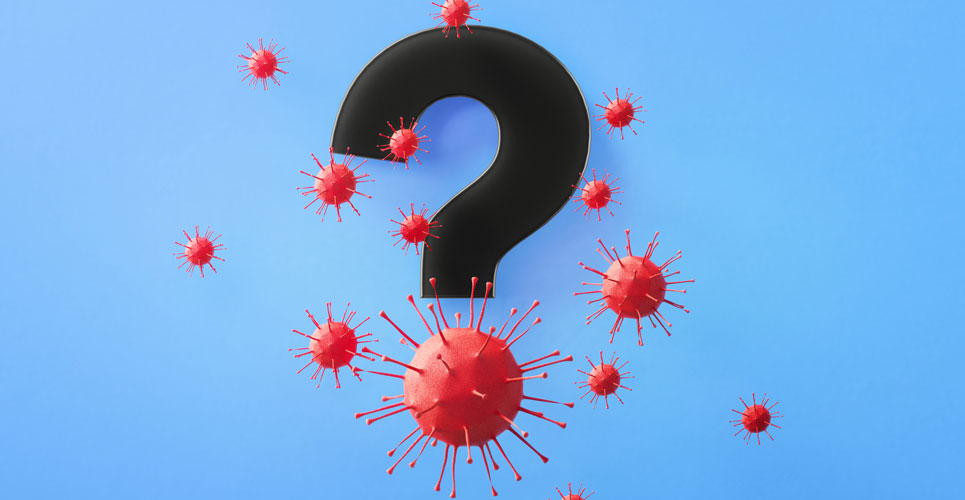 BAME patients more likely to die after COVID-19 infection: But why?

Convincing evidence shows that ethnic minority patients are more likely to die after COVID-19 infection. The question is why.

Various media outlets have commented on how COVID-19 deaths appear to disproportionately affect people from Black, Asian and other minority ethnic (BAME) groups. In an effort to gain further insight into this important issue, three recently published reviews have analysed mortality data and all provide a consistent finding, namely that BAME patients appear more likely to die from infection with COVID-19. However, the finding of a higher mortality rate among BAME groups after viral infections is not new and was observed during the influenza A (H1N1) or ‘swine flu’ pandemic during 2009/2010 where those of non-white ethnicity experienced increased mortality compared to white populations (10.5/1000 vs 6/1000 general population).1 While the authors were unable to fully account for this disparity in death rate, other work revealed how increased socio-economic deprivation was linked to increased mortality from H1N1.2 But could these same factors account for the increased risk of death among BAME in the current pandemic? Two of the new reports suggest that it might.

The first report comes from the Office of National Statistics3 (ONS) and is based on deaths that occurred between 2 March 20202 and 10 April 2020 in England and Wales, outside of hospital in both confirmed and suspected cases of COVID-19. Although ethnicity is not recorded on the death certificate, the ONS linked deaths to the 2011 census, which allowed them to determine self-reported ethnicity and other demographic factors. Over the five-week period there were 12,805 deaths, of which 83.7% occurred in those of White ethnicity and 5.9% in Black patients and these figures were broadly similar to the deaths recorded by NHS England. The headline figure suggested that the risk of a COVID-19-related death was four-times higher in Black patients. However, the ONS report notes that this increased risk can be misleading in isolation as there may be confounding factors and any modelling of death rates has to make an adjustment for these factors to provide a more accurate assessment of the death risk based on BAME.

In modelling the death rates, the ONS used a binary logistic model in which the dependent variable, in this case death, has two possible values, that is, a BAME patient either died because of COVID-19 or they did not. Addition of other factors in the model which might have influenced death rate included socio-demographic issues, for example, where a person lived, the level of deprivation in the area, any associated health conditions reported in the 2011 census and living arrangements. The risk of death was expressed as an odds ratio (OR) and the results for different BAME groups in the adjusted model suggest, for example, that black patients are roughly 1.9-times more likely to die of COVID-10-related illnesses compared with white ethnic patients. The ONS report strongly suggests that differences COVID-19 mortality can be explained in a large part by socio-economic factors.

The second report from the Institute for Fiscal Studies4 also suggests that socio-economic factors are a potentially important factor in explaining the differences in mortality. For instance, the report notes that the distribution of COVID-19 cases has not been evenly distributed throughout England and that this is one potential factor influencing mortality. For instance, 20% of confirmed cases have been in London and 60% of the overall Black population and 50% of the Bangladeshi population live in London. Another factor identified in the fiscal studies report was occupational exposure. The report identifies that those of Indian ethnicity make up over 14% of doctors and Black Africans account for 7% of nurses and that Indian and Black African men are 150% and 310% more likely to work in health and social care compared to white British men, which suggests that occupational risk is likely to be higher among BAME individuals. Other recognised factors include household structures and BAME patients are more likely to live in overcrowded accommodation. A third factor possible influencing excess death is health-related inequalities. It is known that 73% of Black people and 57% of Asians are overweight5 and that 44% of Pakistani men aged 55 years and older have type 2 diabetes.6 These comorbidities are likely to increase the risk of death once infected with COVID-19.

The third report is an analysis of the clinical characteristics of 520 hospitalised patients in an NHS trust and comes from a group at Imperial College in London.7 The report found that although the crude OR for the risk of death of Black compared with White patients was not significant, (OR = 1.14, 95% CI 0.69–1.88), after adjusting for age and comorbidities, the result was border-line significant (OR = 1.72, 95% CI 0.98–3.02, p = 0.06). The authors called for further studies to investigate these associations on a larger scale.

In summary, and based on all of the currently available information, it seems certain that BAME patients are disproportionately affected by COVID-19 in line with the observations from the H1N1 viral pandemic and Public Health England (PHE) has launched a review into the topic. It is likely that no single factor is responsible but that several independent contributory underlying factors including socio-demographic, comorbidities and occupational-related exposure interact in a complex manner to raise mortality. Nevertheless, what is ultimately more important, is that the PHE review offers clarity on whether there are specific measures that can be undertaken by BAME to reduce their risk of infection.