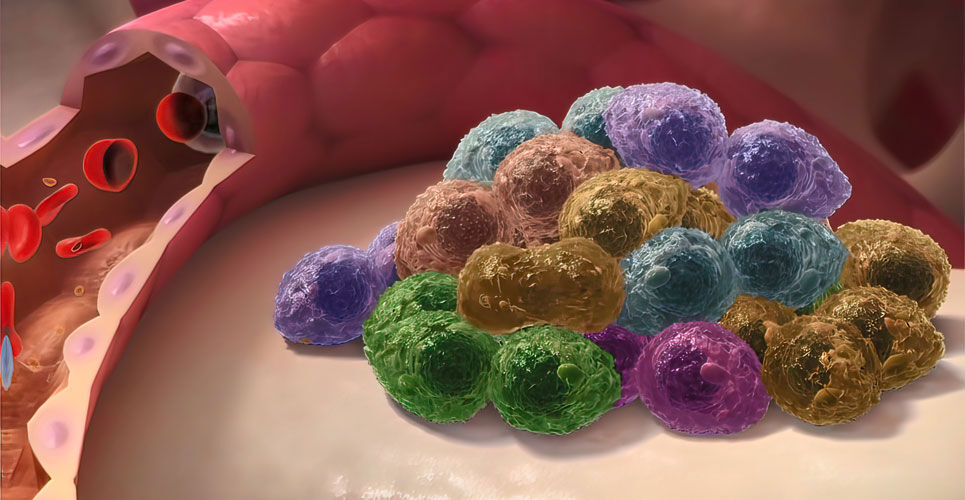 
The National Institute for Health and Care Excellence (NICE) has approved the use of ixazomib (Ninlaro®) in combination with lenalidomide (Revlimid®) and dexamethasone (IRD) – the first oral triplet treatment for myeloma, which kills 3000 people in the UK each year.

IRD is aimed at patients whose cancer has returned for a second or third time and has been shown to increase average survival by 10 months.

Unlike standard myeloma treatments, the drug combination can be taken at home, saving vulnerable patients from exhausting and, in the wake of the cost-of-living crisis, potentially expensive weekly trips to the hospital for treatment. Around 1000 patients could benefit from this at-home treatment each year.

Shelagh McKinlay, director of research and advocacy at blood cancer charity Myeloma UK, said: “IRD is a game-changer and we’re absolutely delighted with NICE’s decision. We know that over time people become resistant to specific drugs, so it is absolutely crucial to constantly develop new treatment options and to add yet more weapons to patients’ armoury.

“As the first oral triplet treatment for myeloma, IRD is truly paving the way for more patient-friendly treatments.

“Not only does it increase average survival by 10 months and extend remission by an average of nine months, but it gives patients something they could only have dreamed of just a few years ago: a life that doesn’t revolve around weekly hospital appointments. And as the cost-of-living crisis bites, the heavy financial burden of constantly travelling to and from the hospital can’t be underestimated.

“But while patients in some parts of the country now benefit from a treatment that could make a marked difference to their day-to-day lives, others in Scotland have no such luck. Healthcare should not come down to a postcode lottery and we won’t rest until everyone has access to the latest, most effective and patient-friendly treatments – no matter where they live in the UK.”

The triplet treatment was initially rolled out in 2017 through the Cancer Drugs Fund – which provides cancer patients in England with faster access to the most promising new drugs pending full approval from NICE.  Over time, IRD has become the standard for patients on their third or fourth round of treatment.

Prof Graham Jackson, consultant haematologist at Newcastle Hospitals NHS Foundation Trust and professor of clinical haematology at Newcastle University, said: “It is fantastic news for myeloma patients that NICE have approved IRD therapy. This is an important triplet therapy giving an average of nine months longer in remission and effective in both low- and higher-risk disease.

“It is the only triplet therapy that is all oral, meaning patients have to spend less time in hospital receiving treatment. This regime has been widely used through the Cancer Drugs Fund and has been extensively used during the COVID-19 pandemic as NHS England recognised the value to both the NHS and the patient of an effective oral therapy for myeloma patients.”